Nobody wants to deal with a tax audit, but if you're currently losing sleep over the possibility, you should know that some of your fears probably aren't based in reality. Here are five common tax audit myths not to fall for. 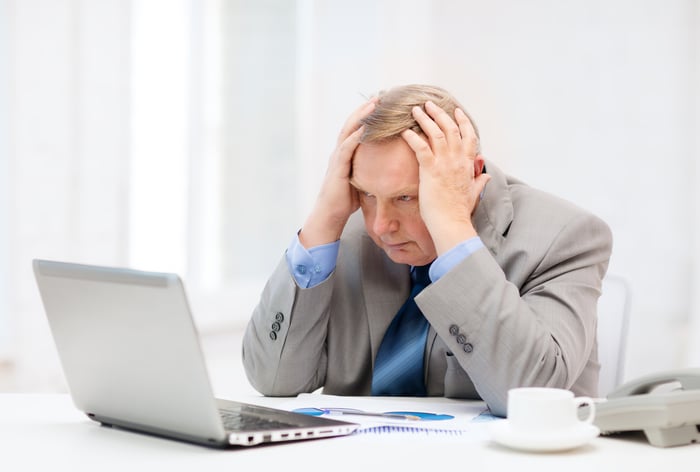 Actually, your chances of getting picked for a tax audit are pretty slim. For the past few years, the Internal Revenue Service has audited less than 1% of returns, and if you're an average earner, there's even less of a chance you'll be picked. In fact, based on 2014 IRS data, here's a snapshot of your likelihood to get audited:

As you can see, really high earners -- those making more than $1 million -- have the greatest chances of getting audited, followed by those who don't report a dime in income. But even if you're a reasonably high earner bringing in anywhere from $200,000 to $499,999, your chances of being targeted are still less than 2%. And if you earn between $25,000 and $199,999, your chances are well below 1%. Now that's something to take comfort in.

2. If I get audited, I'll be grilled by a scary IRS agent

Here's a little secret: The IRS is currently operating on very limited manpower. The agency has fewer employees than ever before, which means it can't afford to send an agent to the door of every household it audits. In fact, over 75% of tax audits are conducted by mail. These audits are known as correspondence audits, and they typically involve the IRS requesting further information to support your return, and you mailing in the appropriate documentation. Most of the time, it really is that simple, so don't stress over a face-to-face meeting that will probably never happen.

3. I'll owe more money if I get audited

Tax audits don't always work out in favor of the IRS. In fact, there's a good chance you'll wind up with money back in your pocket following an audit. In 2015, the IRS issued about 40,000 refunds totaling $1.1 billion to taxpayers who were audited. While you may not celebrate the idea of an audit, don't assume that you'll end up owing more money as a result.

4. I'm more likely to get audited if I'm freelance or self-employed

Freelancers and self-employed individuals are allowed to deduct certain business expenses from their taxes -- an opportunity that salaried employees generally don't get. It therefore may seem like your chances of an audit are higher by virtue of being freelance or self-employed, but if you stick to legitimate business expenses and don't go overboard with deductions, you'll reduce your chances of getting picked. To stay off the audit list, keep precise records of your expenses, retain copies of all receipts, and if you use your vehicle for business purposes, update your mileage log regularly. If the deductions you claim are honest and accurate, there's no reason to assume your tax return will get flagged.

5. I need to pay an accountant if I want to avoid an audit

It costs an average of $261 to have your taxes prepared by a professional. If your tax return is fairly straightforward, there's no reason to pay an accountant for work you can do yourself -- especially since hiring a professional won't actually reduce your risk of an audit. While it's true that an accountant may be able to help you avoid errors, tax professionals aren't infallible. And though an accountant might offer the benefit of built-in audit support in the event you do get picked, this isn't always a given. So if you're confident in your ability to do your own taxes, don't spend the money on a professional because you think it'll make you immune to an audit. If your return contains questionable deductions, you're at risk whether you file it yourself or have an accountant sign off.

Remember, even if you do everything right, there's a very small but present chance that your tax return will somehow get picked for an audit regardless. Rather than worry about being audited, focus on getting your paperwork together and filing your return on time. With any luck, it'll join the ranks of the countless returns that the IRS never looks at again.