IRAs are a key source of retirement income for countless Americans. If you have an IRA, it's important to understand the tax rules regarding withdrawals. IRA distributions may or may not be taxable depending on the type of IRA you have. Traditional IRA withdrawals are taxable at ordinary income rates provided you wait until age 59 1/2; earlier withdrawals are taxed and also assessed a 10% penalty. Roth IRA withdrawals, on the other hand, are not subject to taxes. Unless you have a Roth, you'll need to plan for IRA withdrawal taxes in retirement to avoid getting caught off guard. 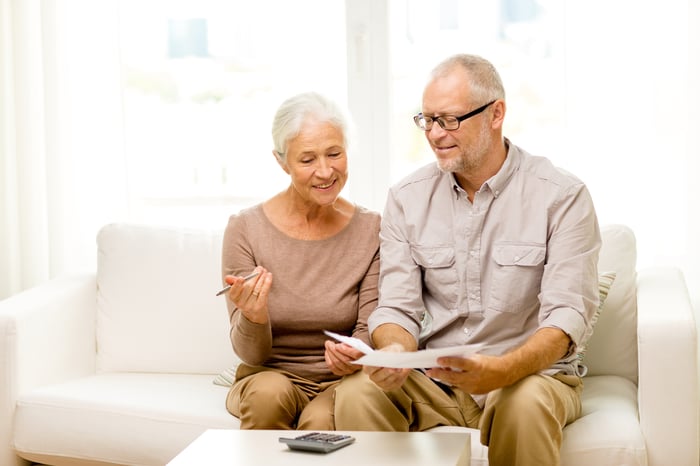 The tax benefits you'll get from your IRA will depend on the type you choose to open. With a traditional IRA, the money you contribute goes in tax-free, which can help lower your taxes during your working years. However, when the time comes to take withdrawals in retirement, your distributions will be taxed as ordinary income.

Roth IRAs work the opposite way. With a Roth IRA, your contributions are made with after-tax dollars, so there's no immediate tax benefit for funding your account. However, when the time comes to take withdrawals in retirement, those distributions will be tax-free.

When choosing between a traditional and Roth IRA, you'll want to think about the best time to maximize your tax savings. If you expect to pay more taxes during your working years than in retirement, it often makes sense to get a tax break up front, when your income is higher. On the other hand, if you want the peace of mind that your retirement income won't be taxed, a Roth might be the better bet. Furthermore, if you expect tax rates to generally go up in the future, a Roth IRA is a good way to essentially lock in your current rate and protect yourself from an increase.

There are a number of additional benefits to opening a Roth IRA, but keep in mind that not everyone is eligible because of the income limits involved. For the current tax year, single filers earning $132,000 or more aren't eligible for a Roth. Married couples who file jointly and earn $194,000 or more also don't get the option to open a Roth.

Whether you elect a traditional IRA or a Roth, the annual contribution limits are the same. If you're under 50, you can put up to $5,500 into your account each year. Those who are 50 and older are allowed a $1,000 catch-up contribution for a total of $6,500.

Taking an early withdrawal from an IRA could have serious financial consequences if you aren't careful. If you take distributions from a traditional IRA before reaching age 59 1/2, you'll be hit with a 10% early penalty and get taxed on your withdrawal.

Roth IRAs, on the other hand, offer a lot more flexibility as far as distributions go. You can basically take money out of a Roth IRA at any time and avoid taxes and penalties as long as your withdrawals are limited to your principal contributions. Remember, the money you put into a Roth IRA is money you've already paid taxes on. So if you contribute $5,500 to an IRA and withdraw that exact amount at age 40, your distribution won't be taxed or penalized. But if that $5,500 contribution turns into $5,800 thanks to your investments and you withdraw that amount in full, you'll be taxed and penalized on the $300 earnings portion.

Taxes have a way of catching retirees off caught, so it's essential that you understand the rules surrounding IRA withdrawals and plan accordingly. The last thing you want is to fall short on retirement income because you forgot to account for taxes all along.