Whether you're thinking of retiring in the near future or you want to plan years in advance, there are many factors to consider. The average retirement age in the U.S. is currently 63, but many workers retire a year earlier, at age 62, because that's when they're first eligible to collect Social Security. On the other hand, there are plenty of people who work well into their 70s because they feel that's the right move financially. 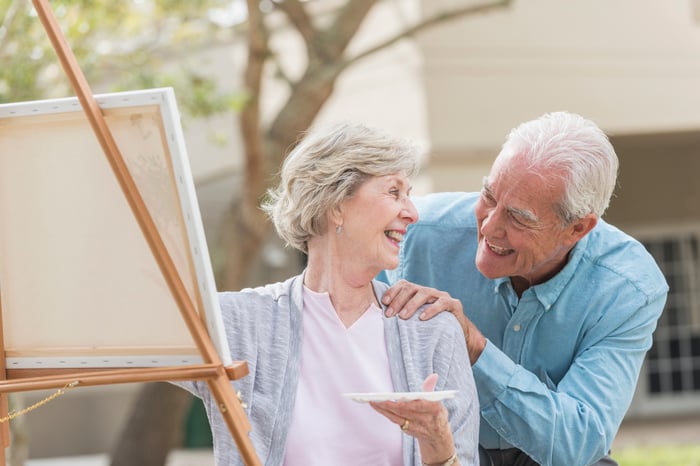 While there are certain universal age-related milestones that apply to retirement, deciding when to leave the workforce is ultimately a personal choice. Here are three tips you can employ for narrowing that number down.

1. How much money do you have saved?

If you're planning to get by in retirement on Social Security alone, then it's time to reconsider that strategy. Social Security was never designed to be retirees' sole source of income. For the average working American, it will replace about 40% of pre-retirement income at best. And while the amount of money you'll need in retirement will depend on factors such as your living expenses and hobbies, most of us need roughly 70% to 80% of our pre-retirement income once we're no longer working.

For this reason, it's best to examine your savings and see whether you've amassed enough to support the retirement lifestyle you're hoping for. Sadly, most Americans are behind on retirement savings. In fact, an estimated 30% of workers aged 55 and older don't have any retirement savings at all. If your personal savings balance is lacking, then you may want to consider putting in an extra year or two in the workforce and socking away as much as you can. Anyone 50 or older can currently contribute up to $24,000 a year to a 401(k) and $6,500 a year to an IRA. Even if you can't max out these limits, any amount you save is sure to come in handy once you're no longer working.

Furthermore, if you're behind on savings, every year you spend in the workforce is another year of retirement you won't need to dip into your 401(k) or IRA to cover. So even if you decide to work an extra year but don't manage to save a dime, you'll at least get to hold off on tapping your limited reserves.

Your health is a major factor to consider when deciding when to retire. First, you should know that some studies have shown that working longer is actually associated with a longer life, while retiring early can lead to an earlier death. Of course, this isn't to say that retiring at 62 automatically means digging yourself an early grave. But what it does mean is that there are certain benefits to working that aren't strictly financial. For many older Americans, work is a critical source of social interaction, as well as physical and mental exercise. If you're in good enough shape to continue doing what you do, and you actually enjoy it, then it pays to maintain your current work routine until your body starts showing signs of protest.

Another major consideration is the cost of healthcare in retirement. Recent data suggests that a healthy 65-year-old couple today could spend as much as $377,000 in lifetime medical costs during retirement. If your employer offers a decent health plan, then it pays to stay on it for as long as possible.

Finally, your health might play a role in when you claim Social Security. Many workers rush to take their benefits at 62, but the downside there is that claiming early will reduce your benefit amount forever. That said, if your health isn't great and you don't expect to live well past your full retirement age, then you may be better off collecting benefits as soon as you're able.

As an example, if you're eligible for $2,000 a month in Social Security starting at age 67, but you claim it five years earlier at 62, you'll reduce your monthly benefit to $1,400. That may sound like a silly move, but if you pass away at age 73, then you'll come out ahead financially by claiming early -- because while waiting until 67 would give you a lifetime total of $144,000, collecting benefits at 62 would give you a lifetime total of $184,800. On the flip side, if your health is excellent and you expect to live well into your 80s, then you'd be better off waiting to collect those benefits in full.

Without a crystal ball, there's really no telling how long you'll live or when your health might start to fail you. But if you do your best to estimate your life expectancy, it'll help you figure out when to retire and how to maximize your Social Security benefits.

3. What are your retirement goals?

Some people plan to spend their golden years enjoying time with family and staying close to home. Others aim to travel the world or live in exciting cities where the nightlife is thriving. By the time 2016 draws to a close, retirees will have spent an estimated $180 billion on leisure travel, and that number could climb to $4.6 trillion over the next two decades. When deciding on a retirement age, it therefore helps to be honest with yourself about your goals and the amount of money you'll need to fulfill them.

Furthermore, think about the implications of retiring sooner or later as they relate to your goals. For example, you're more likely to have the energy to travel in your 60s than in your 70s, so if an earlier retirement works for you financially, you may want to pull the trigger.

It's natural to struggle with a decision as big as retirement, so take the time to examine your savings, your health, and your goals. The more you plan and prepare, the greater your chances of picking the perfect retirement age.