Profits on investments held for a year or less are subject to short-term capital gains taxes, which are the same as the ordinary income tax rates (i.e., the rates of the tax brackets we all know). Here's what the short-term rates are for 2017 and what could happen to them if President-elect Donald Trump gets his way. 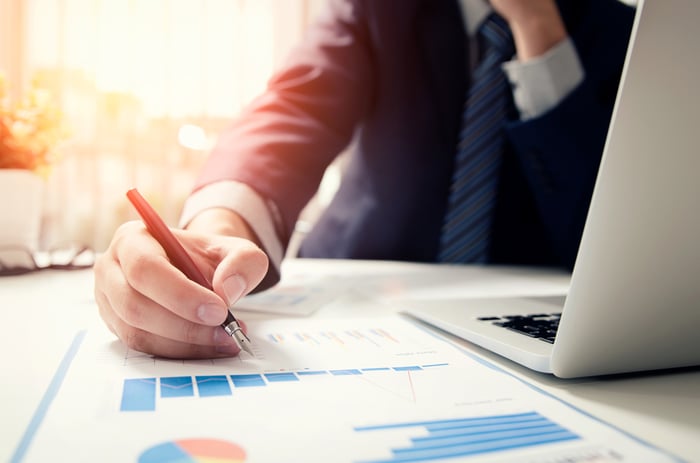 How short-term capital gains are taxed

For the 2017 tax year, the tax brackets, and therefore the short-term capital gains rates are as follows:

Head of household (single, but with dependents who live with you)

How could these rates change in 2017?

President-elect Donald Trump has proposed a significant overhaul of our tax code. Part of this overhaul includes consolidating the seven tax brackets we currently have into just three, with rates of 12%, 25%, and 33%.

Clearly, this would be a simpler tax code, as the four charts listed earlier would be replaced by this one chart. Another simplification of Trump's would be the elimination of the head of household filing status and the removal of the "marriage penalty" -- in other words, the brackets for singles would be exactly half of those for married couples.

Trump has proposed to keep the current capital gains structure in place but adapt them to his new tax brackets. So if the Trump tax plan goes into effect as proposed, short-term capital gains rates will be the same as the new tax rates in the table above. Because the 3.8% surtax on certain investment income is part of the Affordable Care Act, which Trump plans to repeal, it would no longer be assessed.

One of the many reasons why long-term investing can be favorable to short-term trading is the more favorable tax treatment that comes with it. Long-term capital gains are taxed at significantly lower rates than short-term gains, especially for those in the lowest and highest tax brackets. Investments held for 366 days or more are taxed at the long-term capital gains rates.

In a nutshell, regardless of whether or not the current tax brackets stay in place throughout 2017 or Trump's proposed brackets are implemented, it will remain significantly cheaper to invest for the long term.

As a final thought, if you're in a high tax bracket, or if you're currently affected by the 3.8% investment income surtax, then it may be a smart idea to delay the sale of investments (whether long-term or short-term) until 2017 if possible.There's no guarantee that Trump's tax plan will be implemented as it was originally proposed, but with an all-Republican government, I'd be surprised if some form of tax cuts weren't passed early in Trump's administration. If you wait, you could potentially save yourself a lot of capital gains taxes.

That said, your investment thesis should always take precedent over tax considerations. Don't hold on to a hazardous investment, or sell a winning one, just because it might save you some tax dollars. The losses you incur, or the gains you miss out on, could easily outweigh the tax savings.