Retirement is supposed to be fun and exciting, but it can also be frightening. Here are some suggestions that can alleviate that fear.

If you're among the millions of American workers worrying that retirement may fail to live up to your expectations, you're not alone. A new study by Transamerica shows that American workers are wrestling with fears involving financial security and health in retirement. If you have similar worries to the respondents to this survey, here are some ways to overcome them.

No. 1: Outliving my savings and investments

Transamerica's 17th Annual Retirement Survey finds that 51% of American workers are nervous that their nest egg isn't going to cut it in retirement. Unfortunately, retirement savings statistics indicate that they're right to be nervous.

Given that the common financial wisdom is that retirees withdraw no more than 4% of their savings per year in retirement, those savings aren't likely to do much heavy lifting, when it comes to retirement expenses.

While you may be behind in saving for retirement, making even small changes today can have a big, positive impact on your nest egg. On average, Americans contribute only 8% of their income to workplace 401(k) or 403(b) plans, and that means most participants aren't anywhere near contributing the maximum allowed to these plans.

No. 2: Social Security will be reduced or cease to exist in the future

Almost as many workers -- 47% to be exact -- worry that changes to Social Security to bolster its finances could result in changes to the program that jeopardize its role as retirees' financial safety net.

Typically, Social Security replaces approximately 40% of a worker's pre-retirement income, and according to the Social Security Administration, nearly half of single seniors count on it for at least 90% of their income.

Undeniably, that's a scary proposition, but solutions that will shore up Social Security's future may be coming. Proposals, such as increasing retirement ages and payroll tax rates, aren't being voted on right now, but a growing population of voting baby boomers has me thinking that Social Security will be protected, not gutted. Even so, the best way to reduce the fear of Social Security's failure is to plan for it, and that means saving more and spending less so that you don't have to rely on it.

Long-term care is incredibly expensive and it's uncovered by private insurance and Medicare, so workers are right to be concerned. In Transamerica's survey, 45% of people listed long-term care as a retirement fear.

Americans are living longer than ever before, and that means they're increasingly suffering illness or injury that limits their independence. More than two out of every three Americans turning 65 this year will require long-term care at some point in their lifetime, reports the Department of Health and Human Services.

Cognitive decline is major cause for needing long-term care, so it's not too surprising that 35% of workers are worried about it.

While you may not be able to prevent cognitive decline, you can have open and honest discussions about it with your family. Explaining your concerns and establishing plans ahead of time can ease worries. Long-term care insurance may provide additional peace of mind. Donating to organizations researching cognitive disease or helping patients in need might, too. 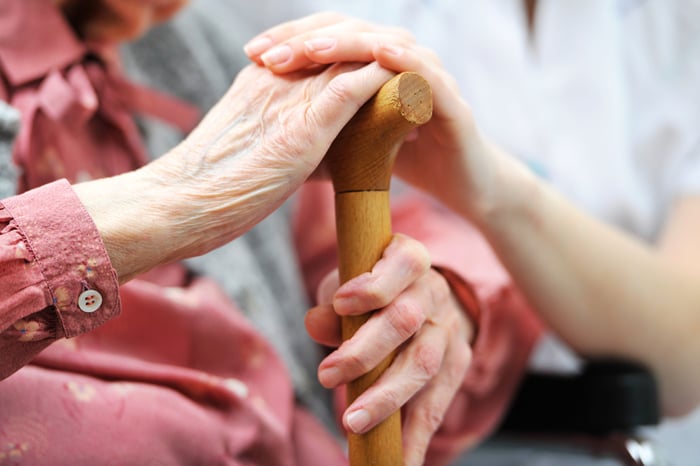 No. 5: Lack of adequate and affordable healthcare

Medicare provides financial support to seniors requiring healthcare, but Medicare only goes so far, and uncovered Medicare costs can be high. That's probably why 32% of Transamerica respondents list it as a big retirement fear.

Medicare Part A covers hospitalization costs but only after a deductible is met and only for a certain period of time. After the clock runs out, Medicare coverage phases out, and since there's no limit on patients' out-of-pocket spending, an extended hospital stay can wipe out a lifetime of savings. Similarly, Medicare part B helps with every-day healthcare expenses, like lab tests and doctor visits, but patients pay monthly premiums, 20% co-insurance, and, like part A, there's no out-of-pocket maximum for part B, so expenses can mount quickly.