Millions of seniors rely on Social Security to provide a dependable income stream in retirement. And while there's a lot to learn about Social Security, here are four rules that could help you make the most of your benefits. 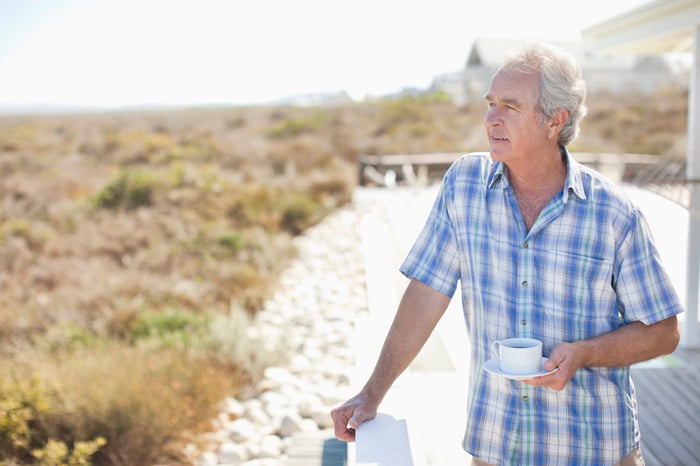 1. Figure out if it pays to wait

Some people have no choice but to take Social Security before reaching their full retirement age, but know that if you do, your benefits will go down by 6.67% for the first three years you claim early and 5% each subsequent year. So let's say you were born in 1960 (which would make your full retirement age 67), your full monthly benefit amount is $1,600, and you opt to start taking benefits at age 62. Doing so will lower your payments to just $1,120, and that's a permanent reduction we're talking about.

On the other hand, if you wait past your full retirement age to start taking Social Security, you'll boost your benefits by 8% a year. So in the above scenario, waiting until age 70 (the age at which the incentive to delay runs out) would result in a monthly payment of $1,984 instead of $1,600, and once again, that increase would last for the rest of your life. In other words, if you don't need your Social Security benefits right away, it almost always pays to hold off on taking them.

Once you reach your full retirement age, you're entitled to your Social Security benefits regardless of whether or not you're still working. So if you like your job and want to keep benefiting from that extra income, there's nothing to stop you from collecting a paycheck and Social Security simultaneously, and you won't have to worry about your benefits being reduced.

On the other hand, if you work and collect Social Security at the same time but you haven't yet reached your full retirement age, you could lose a portion of your benefits depending on your earnings. This year, every $2 in earnings above $16,920 will reduce your benefits by $1. However, if you'll be turning 66 this year, the limit increases to $44,880, which means you can earn that much without losing benefits. Furthermore, if your earnings exceed that amount, you'll only lose $1 for every $3 in income over the limit. But again, these restrictions only apply if you're working and collecting benefits before reaching your full retirement age.

Remember, however, that these numbers don't apply to everyone. If you're used to living well below your means and don't expect to have many expenses in retirement, then you may not need as much as 70% of your former income in retirement. On the flip side, if you plan to travel extensively during retirement or have serious health issues to contend with, then even 80% may not cut it. But for the most part, you should expect that Social Security will only provide about half the income you need in retirement. The rest will be up to you to save independently.

You should also know that the following 13 states impose a tax on Social Security at varying rates:

If your state falls on this list, you'll need to prepare for the possibility of losing some of your benefits.

Even if you've saved independently, Social Security can still serve as a critical source of income in retirement. The more familiar you become with the program and its rules, the better prepared you'll be for what lies ahead.