Just like last year, the 2017 federal tax return deadline doesn't fall on the usual date of April 15. Federal tax payments and personal income tax filings for the 2016 tax year are due on April 18, 2017. Those who file in two U.S. states, Maine and Massachusetts, score an extra day -- their filings are due on April 19, 2017.

Why the different deadline?

Taxes are traditionally due on April 15, but the IRS pushes off the due date if it falls on a weekend or holiday. IRS Publication 54 explains that "when the due date for doing any act for tax purposes -- filing a return, paying taxes, etc. -- falls on a Saturday, Sunday, or legal holiday, the due date is delayed until the next business day." 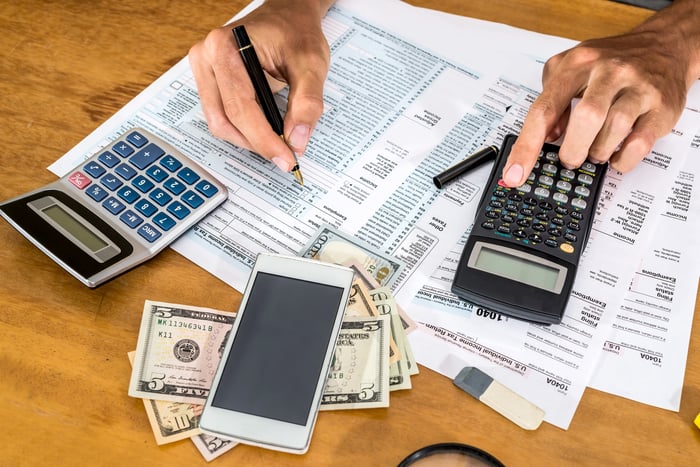 Those who file in Maine and Massachusetts get an extra day due to Patriots Day. Therefore, if you file in either of these states, you'll have until Wednesday, April 19, to submit your taxes and make any necessary tax payments. I mean, really -- it's only right that a holiday named "Patriots Day" would push off a tax deadline.

Use extra days to your advantage

What if you need more time to file your taxes?

It's not always possible to get your tax returns filed before the April deadline. Some tax forms get lost in the mail, and your accountant might not have time to squeeze you in before the April 18 deadline. Life happens. But the IRS is pretty forgiving.

You can file for an extension with Form 4868, which gives you until Oct. 17, 2017, to file your 2016 taxes. Importantly, an extension is only for paperwork. It doesn't extend the time you have to pay any taxes that may be due. For this reason, it's smart to make an estimated tax payment before the April deadline, to avoid penalties or interest on unpaid tax balances.

When Are Taxes Due in 2017? @themotleyfool #stocks Next Article
Current