Deciding when to retire is a major decision, but choosing where to retire is equally important. Once you move over to a fixed income, it becomes even more critical to live some place where your retirement dollars can go the furthest. WalletHub recently analyzed all 50 states plus the District of Columbia across numerous measures of retirement-friendliness, including cost of living, health factors, crime, entertainment, and overall quality of life. If you're thinking of retiring in the near future, it pays to review these findings to see how your state ranks -- and whether you ought to consider a move to somewhere more retiree-friendly. 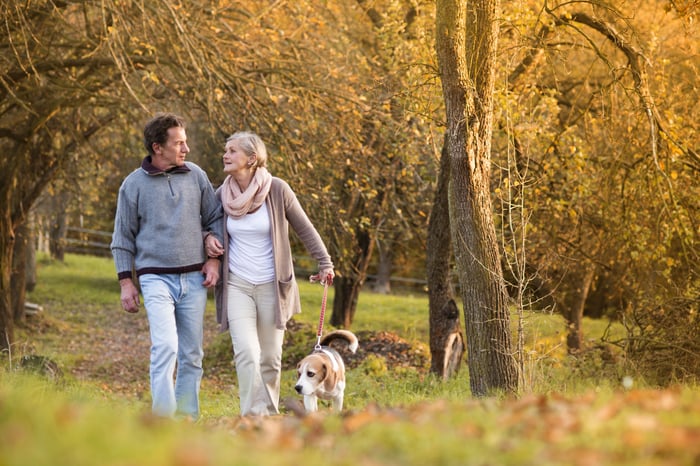 Where should you live in retirement?

There are many factors that will determine where you'll retire. Proximity to family, for example, might be a priority for you, whereas climate might be paramount for somebody else. But generally speaking, there are certain qualities that make some states more suitable for retirees than others, so it's good to have a basic idea of where your state falls in the ranks.

Here's how WalletHub rates all 50 states and the District of Columbia on the whole:

Because WalletHub considered factors outside of finances alone when developing its rankings, the above list doesn't necessarily tell you which states are the most affordable for retirees. The following table, however, ranks all 50 states plus the District of Columbia by affordability alone:

You'll notice that Florida, Wyoming, South Carolina, Nevada, and Delaware all fall into the top 10 in terms of overall rank and affordability, which makes them strong contenders for retirees across the board. Meanwhile, Rhode Island, Hawaii, New Jersey, and Connecticut not surprisingly rank pretty low on both lists. After all, it's hard to enjoy a good quality of life when the cost of living renders basic necessities, like housing, expensive or downright unaffordable. That said, if you have your heart set on retiring someplace like Hawaii, you can achieve the goal of moving there if you save well enough during your working years.

How much income will you have to work with?

Choosing the right place to retire is very much a matter of seeing how far your fixed income will go. But the more you save independently, the more choices you'll have as you get older.

Keep in mind that Social Security probably won't be enough to sustain you financially in retirement even if you limit your choices to the most affordable states on the list. Social Security will only replace about 40% of the average worker's pre-retirement income, but most of us need 70% to 80% of that figure once we stop working. You might manage to get away with a lower threshold, like 60% of your former income, if you move from a more expensive state to one with a significantly lower cost of living. But for most people, Social Security alone just won't suffice.

In fact, the average Social Security recipient today receives just $1,360 a month in benefits -- hardly enough to cover everything from housing to food to healthcare. Whether you're a few years or a few decades away from retirement, now's the time to ramp up your savings efforts. Workers under 50 can currently contribute up to $18,000 a year to a 401(k) and $5,500 to an IRA. These limits increase to $24,000 and $6,500, respectively, for workers 50 and older.

While many of today's workers can't afford to max out their contributions, setting aside a smaller amount each month can go a long way over time. Saving $200 a month for 30 years, for example, will give you an ending balance of $272,000 if your investments generate an average annual 8% return. The better you're able to save on your own, the more comfortable a lifestyle you'll be able to buy in the future -- regardless of where you ultimately choose to retire.