Please ensure Javascript is enabled for purposes of website accessibility
Log In Help Join The Motley Fool
Free Article Join Over 1 Million Premium Members And Get More In-Depth Stock Guidance and Research
By Maurie Backman – Feb 26, 2017 at 7:03AM

Don't have a retirement savings target? Here's how to get a little closer.

We hear a lot about the importance of putting money away for retirement, but how much do we really need to be saving? If you're clueless when it comes to calculating your retirement number, you're not alone. According to a just-released Merrill Lynch study, 81% of Americans say they have no idea how much money they'll need in retirement, and as such, are only guessing at that number.

But that's only part of the problem. Not only do Americans not know how much to save, but they're generally certain they're not saving enough. Among survey respondents 50 and over, only 16% feel that they're financially prepared for a 20-year retirement. 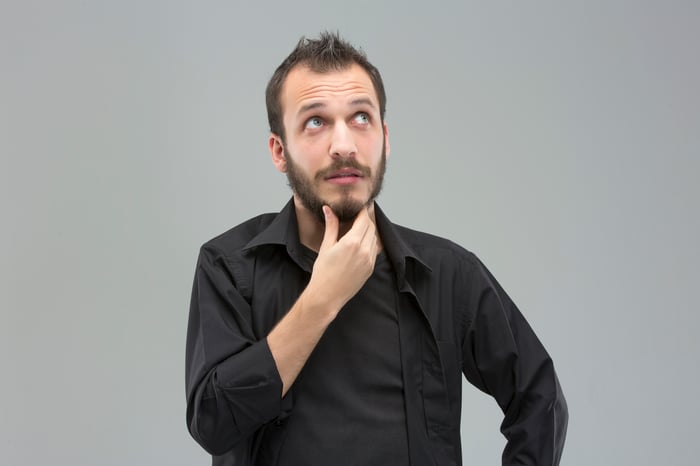 The notion of funding of a 30-year retirement is apparently even more daunting. Even among savers with $1 million or more in assets, only 60% feel they're capable of covering their living costs over the span of a 30-year retirement. But given that seniors are living longer these days, a 30-year retirement certainly isn't out of the question for those who start off in good health. That's why today's workers need to stop walking around clueless about retirement and develop a plan instead. And the sooner they do, the better.

Crunch some numbers and come up with a plan

A recent TD Ameritrade report revealed that almost half of Americans 25 and older don't have a financial plan in place. But having a plan may actually be conducive to better savings habits, as those with a plan have almost double the retirement savings as those without one ($460,000 versus $239,000).  While you may not have a clear sense of how much retirement will cost you, you can do your best to come up with a baseline.

Take healthcare, for example. Recent projections indicate that the average healthy couple can expect to spend $377,000 on medical costs over the course of retirement. If you spread that figure out over 20 years, you're looking at $18,850 a year per couple, or $9,425 a year per person. Now if your health is great, you might get away with spending less than that amount, but if you have medical problems going into retirement, you'll probably spend more. Still, you can use these figures as a starting point, keeping in mind that healthcare is one of the greatest expenses retirees face.

Another way to guess at your expenses is to think about the lifestyle you're hoping to maintain in retirement. Will you stay in your home, or downsize to a smaller space? Will you spend your free time traveling, or will you be content staying closer to home and enjoying local activities? These are the questions you need to ask yourself now so that you can plan accordingly.

Of course, any number you arrive at today will be a ballpark figure at best, especially if retirement is a decade or more away. But you're better off having a rough number to aim for than nothing at all.

Once you come up with a retirement target, your next move is finding ways to save enough money to meet it. Even though most Americans don't know what to save for retirement, they know they're falling short. An estimated 33% of current workers have no long-term savings whatsoever, and that includes the 55 and over set.

Now it's easy enough to make excuses for why you aren't saving. In fact, Merrill Lynch reports that the most common reason for falling behind on retirement plan contributions is not having enough money left over after paying basic living expenses. But if you're willing to alter your spending habits, you can probably carve out room for savings.

You can start by making small lifestyle changes to free up cash, but if those don't work, you'll probably need to rethink what you spend on major expenses, like housing and transportation. Though relocating to a less convenient neighborhood might constitute an adjustment, if doing so knocks $400 a month off your rent, that's reason enough to make the move. Similarly, if giving up your car in favor of public transportation frees up $300 extra a month, you're better off taking the bus.

If you're among the countless Americans walking around in the dark, now's the time to think about what your retirement picture looks like, and whether your current savings habits will suffice in meeting that goal. Socking away money for retirement is very much a matter of getting your priorities straight, and even if you don't know exactly what you're saving for, the more you put away now, the more choices you'll have down the line.