It's no secret that Americans aren't doing a great job of saving for retirement, with the average American's 401(k) balance of $96,288 not nearly enough to provide sufficient retirement income for a good quality of life. What's more, there's a good chance you'll live longer than you expect, which should be taken into consideration during your retirement planning.

If you're young, there's a good chance you'll live until 90 or later

According to actuarial data from the Social Security Administration's cohort life tables and analysis by Business Insider, the average man turning 60 today has about a 21% chance of making it to 90. If you're 30 now, the chance jumps to more than 25%. 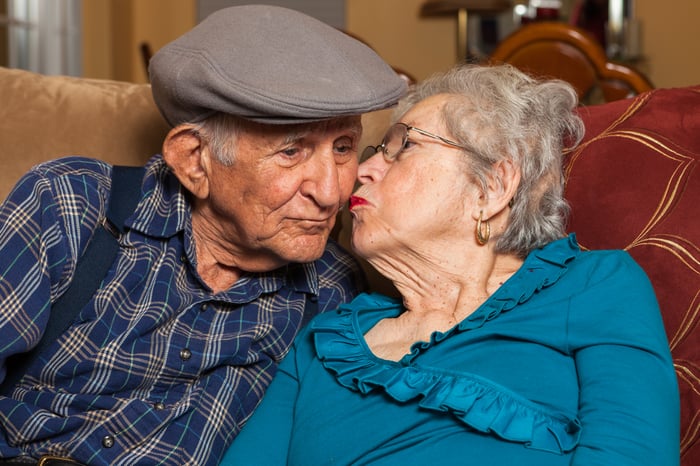 Here's a breakdown of the chances of making it to a certain age, if you're male.

For women, the chance of living a long life is even greater -- for all age groups. Here's the chance you'll make it to certain age milestones, based on your current age.

The takeaway is that if you're currently in your 20s or 30s, you have a good chance of living well into your 90s or beyond. Notice, for example, that the average 20-year-old woman has virtually the same chance of making it to 90 as a woman who is currently 80, even though the former has 60 additional years she would need to survive to reach that age.

Thanks to modern medicine, Americans are forecast to live progressively longer lives, and more people are expected to make it to their 90th and even 100th birthdays.

What it means for your retirement planning

In a nutshell, this means that you need to be prepared to make your money last longer. This is especially true if you take a traditional approach to retirement saving, such as the oft-suggested "4% rule."

The 4% rule says that if you withdraw 4% of your savings in your first year of retirement, and give yourself cost-of-living adjustments in subsequent years, your money should last for a period of at least 30 years.

The problem here is that -- as we saw in the charts earlier -- a significant portion of younger Americans will have retirements that last longer than 30 years, assuming an average retirement age of 65. This is especially true if one of your goals is to retire early. After all, if you're a 30-year-old woman and plan to retire at 60, there's nearly a 40% chance that your retirement will last more than 30 years.

Yet another reason to boost your retirement savings today

This change in life expectancies is yet another good reason to start getting aggressive about your retirement saving, especially if you're still decades away from retirement age.

As I mentioned above, most Americans don't have nearly enough saved for retirement to provide themselves with enough income, even assuming a shorter retirement. Even the average person in the 55-64 age group only has an average retirement balance of $177,805, which translates to just over $7,000 in annual income using the (admittedly imperfect) 4% rule.

The good news is that there's time to fix the problem and plan ahead for a long and happy retirement. Boost your 401(k) contributions -- you can choose to defer up to $18,000 of your pay per year, and more if you're over 50 -- or start contributing to an IRA. You may be surprised at how much of a difference a seemingly small amount of savings can make. If you're 30 years away from retirement now, every $1,000 you put away could be worth more than $15,000 when you're ready to retire, based on the stock market's historic averages.

However, your money will never again have the long-term compounding power that it does right now, so do your future self a favor and make 2017 the year you get serious about building a retirement nest egg.