Whether you're in your 20s, 30s, 40s, or beyond, you may be wondering if you're on track for a comfortable retirement. The tricky thing about saving for retirement is that there's no magic number to aim for. The amount you'll need will depend on whether you want to retire early versus on time, and how you're planning to spend your days. Mapping out your retirement goals will help determine how much you'll need to amass, and the sooner you get started, the better your chances of getting there.

When do you want to retire?

The age at which you wish to retire will impact the amount of savings you ultimately need. Many workers retire at 62 because it's the earliest age they can claim Social Security, but taking benefits that young will result in a lifetime reduction in your payments. On the other hand, a large number of workers aim to retire at 66 or 67 because that's when they'll reach their Social Security full retirement age. 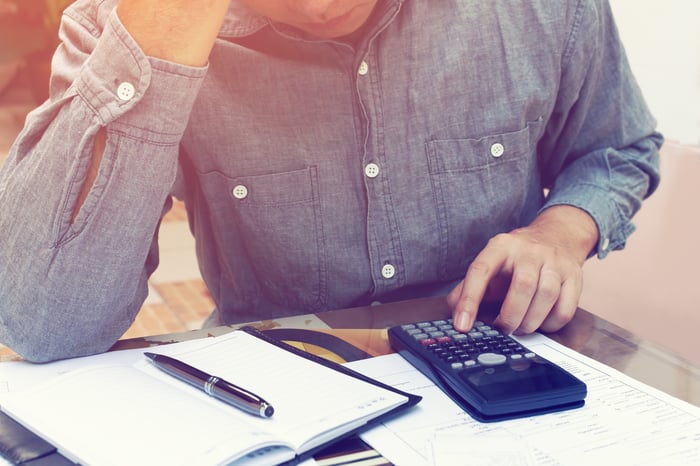 Then there are those who plan to retire at 70 or later for a variety of reasons. Delaying retirement allows you to save more money in a 401(k) or IRA, increase your Social Security benefits, and possibly even stave off depression.

As you sit down to develop your own retirement plan, think about the benefits and drawbacks of retiring at various ages, and what they'll means for your savings and current lifestyle. For example, if you're set on retiring at 62, you'll need to save more aggressively than you would to retire at 70 -- and that could impact the things you're able to do during your working years.

Though there are certain costs, like healthcare, that all retirees face, the retirement lifestyle you choose will dictate how much you need to be saving along the way. If, for example, you're planning to live in an expensive city and enjoy its nightlife and restaurants, you'll need more money than someone who's planning to rent a modest home in an affordable neighborhood. Similarly, if you're planning to travel extensively, you'll need more money than someone whose retirement picture centers on gardening and walks in the park. Be honest with yourself about what you want to do in retirement, because you'll need to save in a manner that supports the lifestyle you're aiming for.

Once you figure out when you want to retire and how you want to spend your time as a retiree, the next step involves coming up with a rough estimate of what it will take to get you there. Remember, you're never going to come up with a 100% accurate figure of what retirement will cost, especially if you're still decades away. But if you do your best to come up with a general number, you can then map out a reasonable savings plan.

Now $1.8 million might seem like a whopper of a figure, but if you start saving early enough, you'd be surprised at how easily you can amass that sort of wealth. The following table shows how much you stand to accumulate if you start saving $600 a month for retirement at various ages:

As you see, you stand a strong chance of reaching $1.8 million if you start early enough. Wait until your 30s or 40s, however, and you'll probably end up falling short.

You should also note that the above calculations assume an 8% average yearly return, which is actually just below the stock market's average. Though stocks can be a risky investment, if you start saving for retirement early enough, you'll have plenty of time to ride out the market's waves.

Of course, these numbers point to a very specific example, as outlined above. Not everyone will need as much as $1.8 million in independent savings, though some people may require more. The point is that if you take the time to define your retirement goals and make an educated guess as to what they'll cost, you can then use the 4% rule to arrive at an ultimate savings target. Then, you can use this handy retirement savings calculator to see whether you're currently on track.

If it turns out you're behind on savings, you'll have two choices -- ramp up your IRA or 401(k) contributions going forward, or rethink your retirement plans. You might, for example, decide that you're willing to work longer if doing so buys you more financial flexibility down the line. Just be sure to map out a plan sooner rather than later. This way, you'll get a sense of whether you're saving enough for retirement and identify ways to get on track while there's still an opportunity to do so.