Most hardworking Americans aren't in the habit of saying no to free money. It's surprising, therefore, to learn that roughly 1 million taxpayers are set to forgo refunds from the 2013 tax year. According to a March 1 statement, the Internal Revenue Service is sitting on as much as $1 billion in total refunds for unfiled 2013 returns. If you're among the million Americans who stand to collect, now's the time to get that old return in -- before it's too late.

The window is closing

Generally speaking, you're supposed to file a tax return each year in time for the deadline, which, for 2017, is April 18. (Yes, you get a few extra days this year.) That said, you technically have a three-year window to claim a refund, which means that if you've yet to file your 2013 return, you still have over a month to do so. Once that April 18 deadline passes, however, you'll no longer have an opportunity to get at that money, at which point it will go straight to the U.S. Treasury instead. 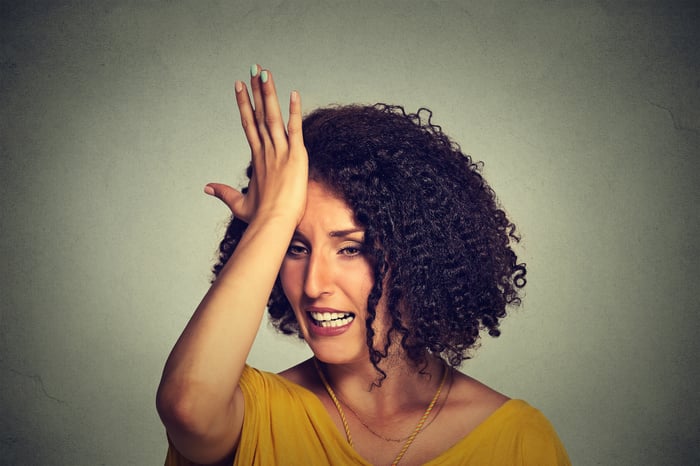 All in, the IRS says it could owe up to $1 billion in total refunds for the 2013 tax year. Though the median estimated refund varies by state, it ranges from $619 in Idaho to $917 in Alaska. (Note that these figures apply to federal, not state, refunds.)

Now if you're worried that filing your 2013 tax return three years late will result in a penalty that wipes out any potential refund and then some, fear not. There's no penalty for filing a return after the deadline if the IRS owes you money. Rather, it's the opposite situation you need to worry about.

If you owe the IRS money and are late filing your return, you could face a penalty equal to 5% of the taxes you owe for every month your return is late, up to a maximum of 25%. And if you owe money and file your return more than 60 days after the deadline, you'll face a minimum penalty of $135 or 100% of your unpaid tax bill, whichever is smaller. But again, if you're the one who's owed money, you won't be penalized for getting your return in late.

Now keep in mind that if you've also yet to file your 2014 and 2015 returns, your 2013 tax refund may be withheld by the IRS until you get those forms in. Additionally, if you're due a refund from 2013 but owe the IRS money from another tax year, that 2013 refund will first be applied to whatever balance you have outstanding. The same holds true if you're delinquent on a federal student loan or child support payment -- you won't get that money in hand, but instead, it will be used to offset your obligations. But if it's just that 2013 return you neglected to file and you are due a refund, you should have no problems collecting your money in full.

Know what you stand to lose

Failing to file a tax return at any time could mean losing out on a pretty sizable refund, and this especially holds true if you're a lower earner. Each year, an estimated 20% of eligible filers miss out on the Earned Income Tax Credit (EITC), which this year could be worth up to $6,318 depending on your earnings and the number of qualifying children in your household.

Note that these limits have since increased, which means that if you currently earn slightly more than what you're seeing above, you may still qualify for the 2016 tax year.

If you're among the many Americans who failed to submit a 2013 return (or a 2014 or 2015 return, for that matter), you should know that it isn't too late to file those forms and get your hands on some much-needed cash. It's a far better alternative than donating that money to the U.S. Treasury and permanently kissing it goodbye.