Many people assume that their expenses will go down once they retire, but a surprising number of seniors are finding the opposite to be true. In fact, an estimated 46% of households wind up spending more money, not less, during their first two years of retirement, and for 33%, this trend lasts a good six years. Clearly, retirees need all the money they can get, so here are a few strategies for boosting your income during your golden years.

1. Hold off on Social Security

Though your initial Social Security benefits are based on how much you earned during your working years, you have the power to raise those payments by waiting past your full retirement age to file. In fact, for every year you hold off on collecting Social Security, you'll get an 8% increase in benefits up until age 70, at which point the incentive runs out. If you're eligible to receive $1,500 a month in Social Security payments at your full retirement age of 67, waiting until 70 will bump that number up to $1,860. 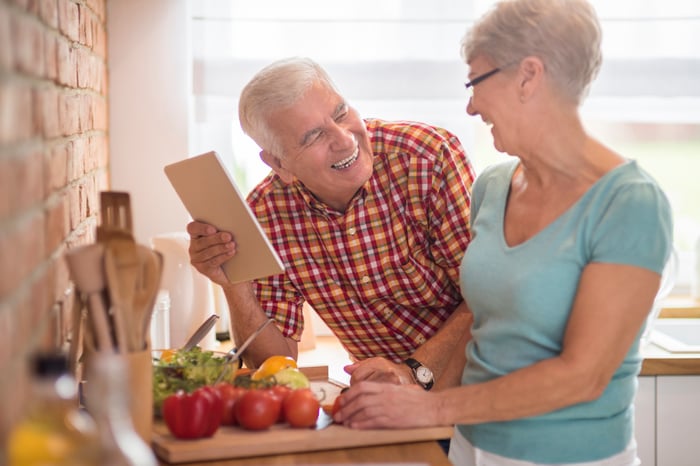 Bonds typically make steady interest payments twice a year, so they're a good way for retirees to generate some relatively low-risk income. Municipal bonds, however, offer the added advantage of paying interest that's always tax-exempt at the federal level, and if you buy bonds issued by your home state, you'll get to boost your income while avoiding taxes completely.

While dividends are never guaranteed, holding stocks with a strong history of dividend payments is another good way to generate additional retirement income. If you have a $150,000 portfolio with an overall average 4% yield, you'll get an extra $6,000 a year to play with.

Saving for retirement with a Roth IRA can boost your income in two ways. First, because withdrawals are taken tax-free, you'll get more money out of each individual distribution. Furthermore, because Roth accounts don't impose required minimum distributions, you'll have the option to leave your money untouched until you need to use it. If you have a $300,000 portfolio earning an average annual 5% return, and you're able to leave it alone for an extra five years, you'll wind up almost $83,000 richer.

5. Move to a state with no income tax

Though local taxes aren't the only measure of a state's affordability, moving to a state with no income tax can put more money back in your pocket if the general cost of living is comparable to that of the state where you currently reside. There are seven U.S. states that don't charge income tax: Alaska, Florida, Nevada, South Dakota, Texas, Washington, and Wyoming. Now, moving to, say, Alaska, will probably set you back financially because its remote location makes things quite expensive. On the other hand, relocating from Idaho to South Dakota might save you money because while both states are comparably affordable, South Dakota offers the added benefit of no income tax.

6. Become your own boss

In a recent Merrill Lynch survey, nearly 50% of retirees said they've either worked or have plans to work during retirement. While you may not want to take yet another desk job, if you start your own business, you'll get to make money doing something you actually enjoy. The U.S. Bureau of Labor Statistics reports that Americans 65 and older are more likely to be self-employed than any other age group. While working in any capacity is a proven way to boost your retirement income, there's something to be said about not having to answer to anyone other than yourself.

Healthcare is a huge expense for retirees, but if you keep a solid record of what you spend, you may get some money back out of the deal. You're allowed to claim a tax deduction for out-of-pocket medical expenses that exceed 10% of your adjusted gross income. If you make $60,000 a year in retirement but spend $10,000 annually on healthcare, you'll get to exempt $4,000 of your income from taxes, which will give you more money to work with.

8. Rent out part of your home

If you're sitting on a larger property but aren't yet ready to downsize, taking on a tenant or two could be a fairly easy way to generate extra cash. This arrangement works especially well if you have a finished basement or garage that offers some degree of separation and privacy. Take in $1,200 a month in rent, and you'll boost your retirement income by $14,400 each year.

There are plenty of options out there for getting your hands on more money in retirement. A few smart moves could spell the difference between a cash-strapped existence and one that's far more comfortable.