Though you might be itching to collect Social Security, there are a few things you need to know before filing for benefits.

Nearly 61 million Americans are enrolled in Social Security, and in 2016 alone, the program paid out over $900 billion in benefits. If you're thinking it's time to get a piece of that action, here are a few points to consider first.

1. Social Security shouldn't be your only source of income

More than 40% of single seniors 65 and over count on Social Security to provide at least 90% of their income, and the same holds true for over 20% of married beneficiaries. The problem, however, is that Social Security was never designed to serve as retirees' sole source of income. In fact, those payments will only replace about 40% of the average worker's previous income. 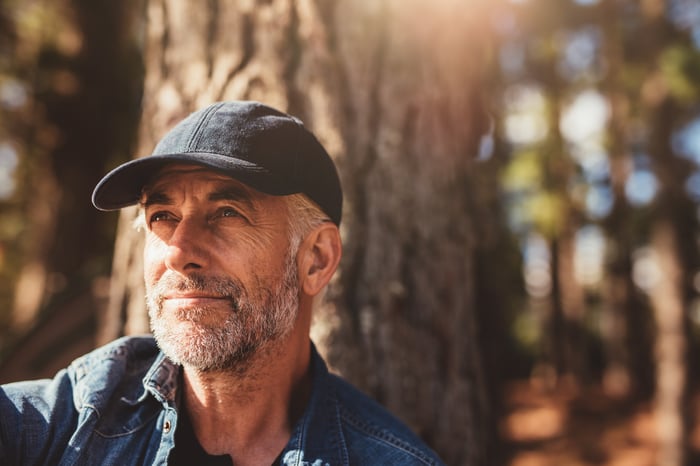 Although many seniors can get away with spending less once they stop working, a surprising number of older Americans wind up spending more money in retirement. According to the Employee Benefit Research Institute (EBRI), 46% of households increase their monthly spending during their first two years of retirement, and for 33%, this trend lasts a full six years.

And it's not just wealthy seniors who are bringing those numbers up. The EBRI found this spending pattern to be consistent across all levels of income among retirees. Even if you don't end up exceeding your former budget in retirement, you simply can't count on spending as little as 40% of what you previously did. If you start taking Social Security without first amassing adequate savings, you'll be putting yourself in an extremely precarious financial situation from the get-go.

2. You'll be penalized for filing early

There's a reason 62 is the most popular age to file for Social Security: It's the earliest age at which seniors can receive benefits. But if you think claiming at 62 is a smart idea, consider that for every year you collect those payments before reaching your full retirement age, you'll lose 6.67% of your benefit amount for up to three years, and then 5% of your benefit amount for each year thereafter.

Say you're eligible for $1,500 in monthly benefits upon reaching your full retirement age of 66, but you decide to file at 62 to get those payments sooner. The result will be a 25% reduction, thereby taking each month's paycheck down to $1,125. If you're among the countless Americans without independent savings, cutting your benefits will put you in an even worse financial predicament once you retire, so if you're counting on those payments to stay afloat, you'd be wise to consider waiting until your full retirement age to collect them.

As a point of further clarification, Social Security mandates that once you file for benefits, the amount you get initially is what you'll receive for life. In other words, if you claim early, your payments won't be restored to their full amount once you reach your full retirement age, so be sure to understand the consequences of filing sooner rather than later.

3. You have several opportunities to increase your benefits

You're probably aware that your Social Security benefits are based on your personal earnings history, but did you know that working a few extra years might increase those payments in more ways than one? First, for every year you delay Social Security past your full retirement age, you'll get an automatic 8% boost in benefits up until age 70, at which point the incentive to wait runs out. This means that if you're eligible for $1,500 a month at your full retirement age of 66, holding off until 70 will bump your payments up to $1,980 apiece.

But here's another reason waiting can pay off: Your Social Security benefits are based on your top 35 years of earnings. Most people, however, make more money at the end of their careers than in the beginning, so if you take some of those lower-earning years and replace them with higher-earning years, you'll boost your monthly payments in the process.

This strategy can be especially beneficial if you took a significant amount of time off during your career (say, to raise children or care for a family member). If you don't have 35 working years under your belt, you'll get a big fat $0 factored in for every year you weren't employed. Replacing just one or two of those $0 years with an actual income could work wonders for your benefit payments.

Many seniors are eager to collect Social Security after putting in their time in the workforce. But if you want to maximize those benefits and ensure that you have enough money to support yourself in retirement, it pays to take a step back, evaluate your circumstances, and see whether you're really as ready as you think you are.