Please ensure Javascript is enabled for purposes of website accessibility
Log In Help Join The Motley Fool
Free Article
Join Nearly 1 Million Premium Members And Get More In-Depth Stock Guidance and Research
By Maurie Backman – May 8, 2017 at 10:36AM

If you got a tax extension, you technically have till mid-October to submit your return. But here are a few good reasons to get moving sooner than that.

Each year, countless U.S. tax filers come to the realization that they'll never manage to get their returns done in time for the April deadline. If that happened to you this year, and you were smart enough to request an extension, the good news is that by doing so, you bought yourself an extra six months to submit your return. Here's the bad news, though -- while a tax extension will give you more time to file your return, it won't give you more time to pay your tax bill. So even if you got an extension, it still pays to finish your taxes as quickly as possible.

Many people request tax extensions because they don't have their paperwork in order by mid-April, or they don't want to rush through the filing process and risk making a mistake. But if you asked for an extension last month because you knew you owed money on your taxes and didn't have the cash, or didn't want to pay, then you didn't actually do yourself much good. 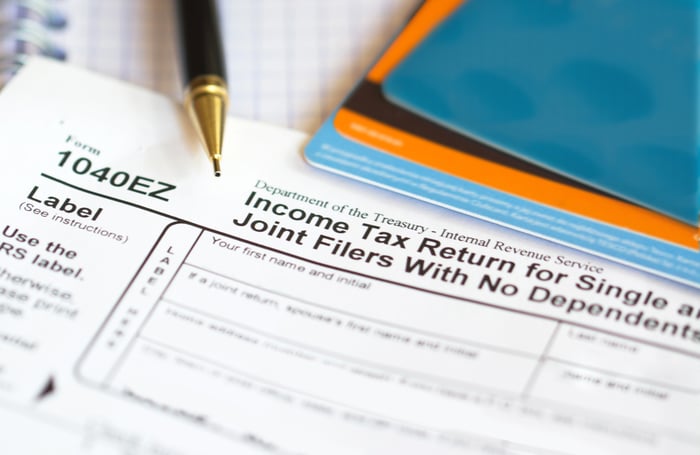 One thing many people don't realize about tax extensions is that they don't prevent you from having to pay interest on your tax debt. Rather, your interest charges will begin accruing the minute the tax deadline passes. In fact, you'll pay 0.5% in interest each month your payment is late.

Now if you don't owe a ton of money, your penalty won't amount to much. But say you owe $10,000 in taxes: For each month past the April 18 filing deadline you don't pay, you'll dig yourself $50 deeper into a hole. Even if you're not looking at quite as much interest, it still pays to finish up your taxes and get started on those payments.

Don't wait for that refund

Not everyone who gets a tax extension ends up owing the IRS money. If you requested an extension due to sheer procrastination but are actually anticipating a refund, there's no sense in waiting till October to get your paperwork in order. While folks who owe the IRS money are charged interest for paying their taxes late, the IRS won't owe you a dime in interest if it holds onto your refund even longer. The more you delay that filing, the longer a grace period you'll be giving the IRS to return the money that's rightfully yours. And really, why would you want to do that?

Here's one final reason to get moving on your tax return, even if you have until October 16 of this year to get it submitted. If you had trouble getting your act together the first time around, and you don't focus on your taxes now, there's a good chance you'll once against find yourself up against a deadline, ridiculously pressed for time.

Remember, rushing through your taxes is never a good idea. If you do, you're more likely to make a mistake that could cost you money or increase your likelihood of being audited. So while your new filing deadline is technically still months away, the sooner you act, the less stressed you'll be come October.