Well, it finally happened. After a decade-long recession and years of plummeting bond prices culminating in notable defaults, Puerto Rico has finally been allowed to file for its own version of bankruptcy. And that move is going to impact U.S. investors and retirees alike.

On Wednesday, May 3, Puerto Rico initiated the single largest bankruptcy filing the municipal bond market has ever seen. Though it's presently unclear just how much of the island's more than $70 billion of debt will be covered by the filing, so far it includes the $18 billion owed by Puerto Rico's central government -- namely, general obligation bonds backed by the full faith and credit of the island's constitution. 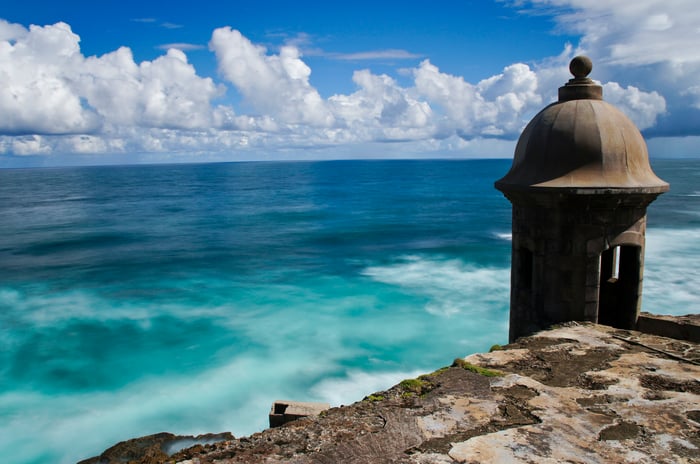 To give this some context, Detroit's 2013 bankruptcy filing -- a pretty high-profile case in its own right -- covered just $18 billion of debt total. And while the city's general obligation bondholders were never made whole, they did manage to recover 74 cents on the dollar in terms of what they were owed.

Puerto Rico's general obligation bondholders, meanwhile, may not get as lucky. The island's latest budget includes just $800 million a year to repay creditors, which means bondholders are likely to take a serious haircut as the bankruptcy unfolds.

Here's the kicker though: In the grand scheme of the bond market, municipal securities have always been touted as a far safer investment than corporate bonds. And within the municipal bond market, general obligation bonds have long been considered sacrosanct, as issuers are essentially obliged to go to great -- and even extreme -- lengths to make scheduled payments. The fact that Puerto Rico's bondholders are looking at serious losses brings the sanctity and safety of general obligation bonds into question.

U.S. investors are going to suffer

It's easy enough to think of Puerto Rico's debt crisis as somebody else's problem, but in reality, countless U.S. investors are going to feel the impact sooner or later. While U.S. hedge funds own a large portion of the island's debt, it's estimated that 15% is held by average workers who invested in Puerto Rico bonds to fund their retirement.

Because municipal bonds are always tax-exempt at the federal level, they appeal to investors looking to grow their wealth while generating tax-free interest income. Puerto Rico bonds were particularly enticing before the island's financial crisis unraveled because they happen to be triple tax-exempt -- meaning that holders don't pay state or local taxes on their interest income, either.

The problem now is that thousands of workers and soon-to-be retirees hold these bonds in their portfolios, whether they actually know it or not. Remember, there's more than one way to get a piece of the municipal bond action -- by establishing individual bond positions or by investing in bond funds. Many unsuspecting investors who chose the latter route back in the day may therefore be shocked to learn that their holdings include the dreaded aforementioned Puerto Rico debt securities. And while it's too soon to know how dire the recovery for investors will be, it's safe to say that countless older Americans will need to regroup and rethink their plans for retirement.

Let this be a lesson

While it's too late to change the past, this whole Puerto Rico disaster can serve as a very important lesson going forward: Always know exactly what you're buying, keep tabs on your holdings, and don't forget that there's no such thing as a risk-free investment.

Had more investors been tracking the island's debt spiral more closely several years back, they would've had an opportunity to pull out and take a small hit before things really got ugly. Now, a frightening number of seniors may be looking at considerably less income in retirement if their bonds end up being worth just pennies on the dollar.

While it's too early to know what the future holds for Puerto Rico and its bondholders, one thing's for sure: It's going to be a long, bumpy road ahead, and a lot of people are going to come away unhappy.