Erica's hands trembled as she told me her story. She had been preparing for an afternoon meeting with her boss when she got a call from an unknown number on her cellphone. She almost didn't answer, but then she remembered her husband was out of town on a business trip and thought he might be calling from the hotel or airport. As soon as she answered, she froze.

The voice on the other line didn't waste any time. He said he was a member of a Mexican cartel and he had Erica's daughter with him. He said her daughter had witnessed something she shouldn't have, and if Erica refused to pay him ransom money immediately, he would proceed to do horrible things to her -- things he described to Erica in chilling detail. The phone was then held up to a little girl who was crying and screaming, "Mommy, help me!"

Erica became frantic. Fortunately, her distressed voice caught the attention of her co-workers. She managed to scribble a note with her shaking hand, and one of her co-workers called her daughter's school and confirmed that her daughter, Ashley, was safe and sound in her classroom. Erica hung up the phone and broke down.

Erica was the victim of an attempted scam -- a vile scam that plays on one of the strongest emotions in the human experience: a mother's love. 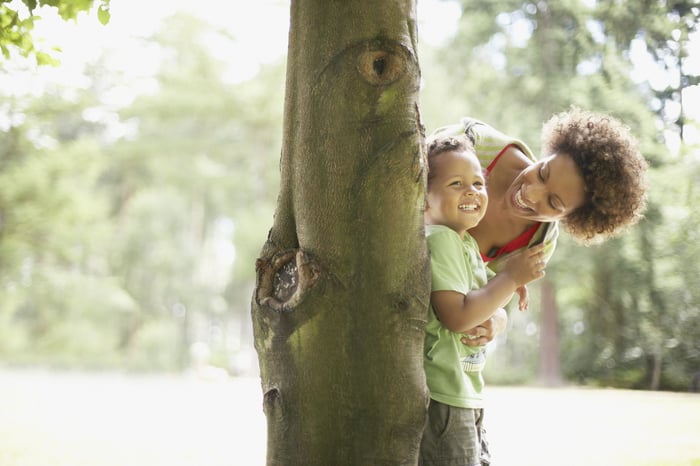 How the scheme works

The fake kidnapping scam is relatively new, and it's being perpetrated against victims across the country. As an economic crimes detective, I had never encountered it before this year. In the past month, though, the departments in my county have seen these calls skyrocket.

It involves a fraudster calling someone up, seemingly at random, claiming that one of their loved ones has been kidnapped and will not be released until the victim pays a hefty ransom. The caller will always say that if the victim tries to get help or hangs up the phone, their loved one will be killed. If the victim stays on the line, the caller will instruct them how and where to transfer the ransom money. This usually involves a trip to a local Western Union location or drug store where a prepaid card can be bought and used to transfer funds.

The caller has usually done some amount of homework online and, if the victim is a parent, will almost always tell the victim their child has been kidnapped.

Why the scheme works

When I spoke with Erica, she kept saying how "intense" the man on the phone was. Whenever she asked questions, he would start yelling at her and talking about the horrible things he was going to do to her daughter. The screaming child on the other end of the phone didn't help. Unfortunately, these are two common characteristics of this scam, as they heighten the victim's panic and thus their willingness to comply.

If you've never experienced this scam firsthand, it's easy to assume that you wouldn't fall for it. However, no matter how much you may suspect the caller is a phony, it takes a lot of conviction to hang up if there's even a remote possibility your loved one is in actual danger.

Virtually all scams play on one of two emotions: fear and greed. Once either of these emotions is triggered, it may override the victim's judgment and skepticism. The fraudster on the other end of the phone knows this all too well, which is why they invariably raise their voice and use screaming children as props in their vile plan.

1. Remain calm. What Erica did in this case is quite instructive. She remained as calm as possible. It's important to keep your head and maintain a calm, steady voice.

2. Ask for personal details. When the child accomplice was put on the phone screaming, Erica kept asking her what her name was. The child couldn't answer, which gave Erica hope that it wasn't her daughter. Tell the caller you want to speak to your loved one so you can make sure they're all right. When they're put on the phone, ask for personal details like your pet's name. And remember that if a fraudster has done even a small amount of homework using social media, they might know some of the basic facts, so ask for more intimate details, too.

Also be careful not to give any valuable information to the caller on the line. For instance, every time the caller asked for Erica's banking information, she would avoid the question and change the topic.

3. Flag someone for help. The caller may warn you not to ask for help, but remember that they can't see you. Flag down someone -- anyone -- and write them a message. Have them call your loved one or, as in Erica's case, the school or day care where the supposed abductee can be found. Have that person verify that your loved one is safe and sound.

This may be harder than it sounds. When your adrenaline spikes, finer motor skills like handwriting can be extremely difficult. That's why it's important to keep as calm as possible (see point No. 1).

4. Reach out online. If no one else is around, go online to contact someone through social media or email. Try to text the victim or another family member. While you're doing this, you can tell the caller you're logging onto your bank account to move around money. Or tell them you have to write down all the instructions so you'll remember them. Whatever you do, slow the call down as much as possible and begin reaching out through any means available.

Never send money to someone you don't know. Once money is wired or funds are transferred via prepaid cards, that money is gone forever. Unlike credit card fraud, where the consumer is afforded many legal protections, there is no protection against fraudulent wire transfers. The scammer will not stop asking for money until the victim runs out of money or stops sending it.

It's always horrible when someone is cheated out of their own money by fraud, and it's even worse when the perpetrator uses a mother's or another family member's love against them. This Mother's Day, tell your mom how much you love her. Then tell her how she, and everyone she knows, can avoid this awful scam that plays on people's most powerful emotions. Awareness alone will go a long way toward stopping it.