It's no secret that Americans are woefully ill-equipped for retirement. In a newly released study by COUNTRY Financial, 51% of workers admit that they don't factor retirement into their long-term financial goals. These findings are consistent with data from the Economic Policy Institute, which finds that almost 50% of Americans have absolutely no money saved for retirement.

Now, it's one thing to neglect retirement savings out of necessity: Families living paycheck to paycheck often need every cent they bring home to cover the bills. But the fact that more than half of workers aren't even thinking about retirement speaks to a major mind-set problem that may be more universal than we thought. In fact, COUNTRY's survey also found that Americans are more concerned with taking vacations than they are with saving adequately for the future. Talk about misplaced priorities. 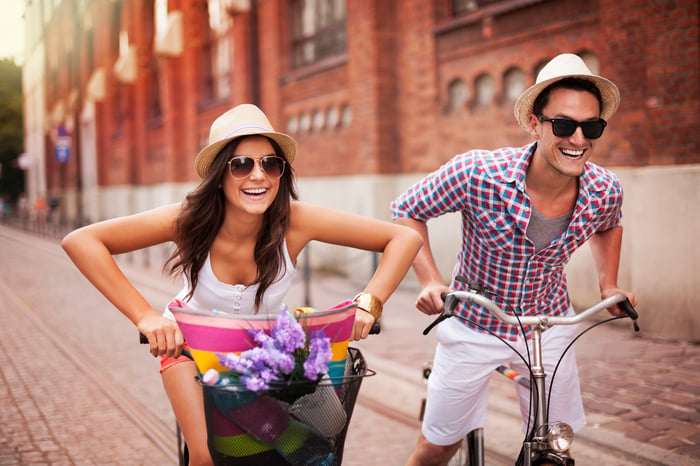 It's unreasonable to expect workers to save all of their money for retirement -- but that doesn't mean they can get away with not saving at all. While a large number of workers can eventually count on Social Security to provide some income in retirement, those benefits will only suffice to replace roughly 40% of the typical adult's former income. Most seniors, however, need at least 70% of what they previously earned to pay the bills in retirement -- and that includes folks who are willing to live frugally. If you enter retirement with mortgage debt, or have major healthcare costs to contend with, there's a good chance you'll wind up needing considerably more. And if you don't save on your own, you could easily wind up cash-strapped at a time in your life when your options for generating income are limited at best.

Now let's think about what your nest egg might look like if you took the money you'd spend on vacations and put it toward retirement instead. According to a 2016 study by Travelex, the typical American spends roughly $2,000 per year on a vacation. If you were to contribute that amount to an IRA or 401(k), both of which offer the benefit of tax-deferred (or, in the case of a Roth IRA, tax-free) growth, after 35 years, you'd have a $276,000 nest egg, assuming your investments generate an average annual 7% return. That's over $100,000 more than what the average baby boomer nearing retirement currently has socked away.

While foregoing vacations in favor of retirement savings may not be ideal, it's one of the easiest expenses to give up. After all, you need a roof over your head, a means of commuting to work, and a reasonable amount of food on your table. But let's be honest -- though they do provide countless hard-working Americans with a much-needed break, vacations are, in reality, a luxury, not a necessity. And while you most certainly deserve a chance to get away from it all, you can attain the same mental-health benefits simply by going the staycation route. As long as you avoid going into the office, you'll ultimately get a solid opportunity to rest and recharge.

Now this isn't to say that you shouldn't spend any money on vacations. If your earnings and expenses are such that you're able to take, say, a $2,000 vacation each year and still contribute a respectable amount to your retirement savings, then by all means, pack your bags and book that flight. But if putting vacations ahead of retirement means contributing nothing at all to your nest egg year after year, you're apt to struggle financially once you retire and realize that Social Security won't be enough to pay the bills.

If you really can't bear to give up your beloved vacations, find a way to pull them off without compromising your long-term financial well-being. This might mean working a second job to pay for those trips, or cutting back on other expenses to free up more room in your budget. If, for example, you typically spend $300 a month on leisure and entertainment, slashing that amount in half could pay for a nice getaway.

It's natural to want to escape the daily grind, but the instant gratification you get from taking vacations shouldn't trump saving for the future. Remember, you're not just building a retirement nest egg so that you can travel the globe during your golden years; you're saving now to ensure that you won't spend your senior years perpetually strapped for cash. And the sooner you start prioritizing your retirement, the greater your chances of amassing enough to avoid financial trouble down the line.