Please ensure Javascript is enabled for purposes of website accessibility
Log In Help Join The Motley Fool
Free Article Join Over 1 Million Premium Members And Get More In-Depth Stock Guidance and Research
By Maurie Backman - Jun 4, 2017 at 6:22AM

And countless retirees are struggling as a result.

Millions of older Americans rely on Social Security to stay afloat financially in retirement. But for years, seniors have lamented the fact that their benefits aren't keeping up with their rising costs. And now, a new report by the Senior Citizens League highlights just how poorly retirees are faring in the face of almost stagnant benefits.

According to the latest data, 37% of seniors say their household expenses climbed by more than $119 per month in 2016. Yet Social Security's most recent cost-of-living adjustment (COLA) came in at a mere 0.3%, which translated to roughly $4 to $5 extra per month, at best, for the average recipient. In fact, most beneficiaries didn't actually see those few extra dollars, because a rise in Medicare Part B premiums ate up their COLA in its entirety. 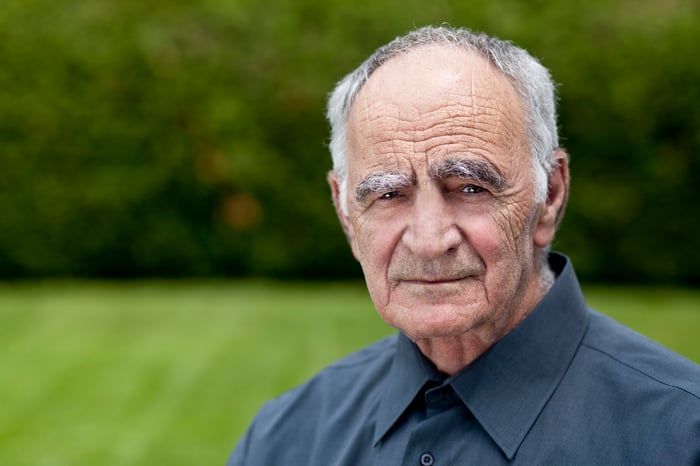 Of course, this isn't a new problem. Over the past four years, a good 90% of seniors have seen their household spending increase at a much higher rate than what they've received in COLAs. Since 2014, COLAs have averaged less than 0.9% per year, and in 2016, beneficiaries got no COLA at all.

As vital a program as Social Security is, it clearly has its share of shortcomings. And if those who aren't yet retired don't take steps to compensate, they'll risk winding up in the same cash-strapped position so many seniors are currently stuck in.

A big reason why Social Security isn't offering seniors adequate buying power has to do with the way COLAs are determined. In short, COLAs are based on the Consumer Price Index, or CPI, which measures patterns in urban consumer spending. But the costs covered by the CPI don't necessarily reflect the expenses seniors face. Specifically, the CPI relies heavily on transportation-related expenditures, even though seniors don't tend to spend a lot in that particular category. When gas prices fell significantly back in 2015, few seniors benefited -- yet that factor alone resulted in the lack of a COLA for 2016.

What all of this tells us is that seniors who rely heavily on Social Security have not only struggled to keep pace with inflation, but will most likely continue to do so unless something changes. And unfortunately, there are a lot of folks out there who depend on those benefits in the absence of additional savings or income sources. It's estimated that Social Security provides the bulk of income for roughly 65% of seniors aged 65 and over -- and for 25% of seniors, it's their only source of income. But while present beneficiaries may have no choice but to cross their fingers and hope that 2018 is kinder on the COLA front, those who are still working have an opportunity to avoid falling into the same sort of trap.

Though Social Security clearly does a poor job of keeping up with inflation, the reality is that those who retired without an additional means of financial support were putting themselves at risk from the get-go. Social Security is not currently, and never has been, designed to fully sustain seniors in retirement. Those benefits will typically only replace about 40% of the average worker's pre-retirement income. Given the costs seniors face -- healthcare being a major one -- most retirees can't get by on just 40% of what they used to earn. Even those willing to live frugally are often told they'll need at least 70% of their former income to cover the bills once they're no longer working.

The point here is not to beat on seniors who partially caused their current predicament. Rather, it's to serve as a warning for those who still have an opportunity to change their fate. If you're currently working and have yet to start saving for retirement, consider this your blaring wake-up call to start saving through a tax-advantaged IRA or begin funding that 401(k). If you're under 50, you can contribute up to $5,500 a year to the former and up to $18,000 a year to the latter. Workers aged 50 and over, meanwhile, get a catch-up provision that raises these limits to $6,500 and $24,000, respectively.

Even if the bulk of your income is already accounted for, saving just $100 a month over a 30-year period will leave you with a $113,000 nest egg, assuming your investments are able to generate a reasonable average annual 7% return. Hike that monthly contribution to $300, and you'll be sitting on $340,000 in time for retirement.

No matter what you think your senior lifestyle might look like, don't make the mistake of counting on Social Security without some sort of financial backup plan. Otherwise, there may come a day when you, too, will bemoan your meager $4-a-month raise over Bingo and wonder how on Earth you're going to keep paying the bills.