Millions of seniors rely on Social Security each year, but if you're not careful about when you claim your benefits, you could end up with more financial stress than you bargained for. And while 67 might seem like a good age to file for Social Security, there are certain scenarios where you're better off taking benefits at a different age.

But before we go any further, let's talk about age 67 and its significance in the realm of Social Security. You probably know that your Social Security benefits themselves are based upon the amount you earned during your career, meaning that higher earners get more money out of the program in retirement than lower earners. But what you may not realize is that the age at which you first claim Social Security can impact your ultimate payout. 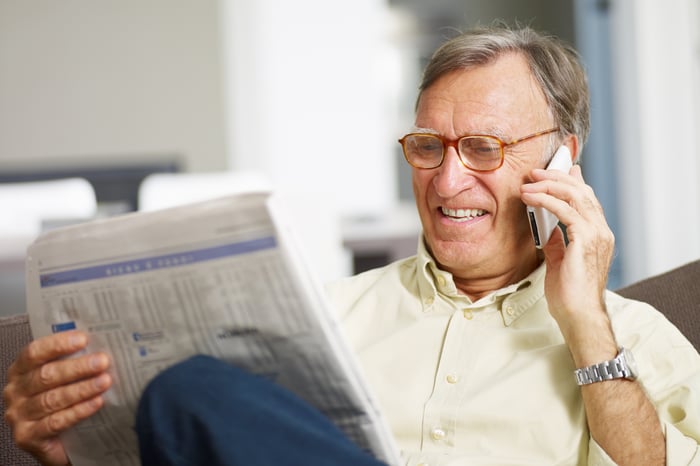 Once your base benefit amount is established based upon your earnings record, you'll be eligible to collect it in full if you first file for Social Security at what's known as your full retirement age, or FRA. Your FRA is determined by your year of birth, and for anyone born in 1960 or later, that age is 67. Therefore, if you're a current worker in your early to mid-50s, and you wait until age 67 to claim Social Security, you'll get the full benefit amount you're entitled to.

That said, it doesn't always pay to take benefits at 67, even if it is your FRA. Here are three scenarios where claiming benefits at 67 could in fact be a pretty bad idea.

1. You think you're required to file at that time

Some people mistakenly think that they're obligated to file for Social Security upon reaching their FRA or otherwise forego benefits. But that's not even remotely true. Not only are you not required to start taking benefits at FRA, but if you hold off for a number of years, you'll get an annual 8% boost in benefits up until age 70, at which point the incentive to wait runs out.

Similarly, if you want the money you're entitled to from Social Security sooner, you can file before reaching FRA and take a hit on your benefits for each year you claim early. No matter what, you can't get at those benefits prior to age 62. But say you're 65, in a strong financial position, and hoping to get an independent business venture off the ground. Rather than take out loans, which could be more expensive, you can tap your Social Security benefits a little early and use that money to potentially generate even more profit down the line.

The point here is that just because you're designated a full retirement age doesn't mean you're locked into claiming Social Security at that time. If there's another age that makes more sense, go for it -- as long as you understand the consequences involved.

2. You're afraid Social Security is running out of funds

Because Social Security is facing a host of long-term financial problems, many future beneficiaries fear that it won't be available to them once it's their turn to retire. The truth, however, is that the program is by no means going broke. If you can afford to claim Social Security at 70, thereby boosting your benefits, but rush to file at 67 because you've reached FRA and are worried that waiting longer will increase your risk of not getting paid, that's a move that could hurt you in the long run.

Based on the latest projections, Social Security can sustain benefit payments at their current level until 2034, at which point the program's trust funds are set to run dry. This gives Congress a solid 17 years to come up with a solution for addressing the program's impending shortfall. If you don't need your benefits by 67 but figure you might as well take them once you know you can collect them in full, you could end up losing out on a greater lifetime payout from Social Security if you give in to the aforementioned fear.

3. You need the money at an earlier age

The primary reason more people don't rush to take Social Security as early as possible is that they don't want their benefits slashed -- and understandably so. But if you run into financial trouble in your early to mid-60s and don't have another source of income, you're better off tapping your benefits than racking up costly credit card debt.

The later in life you borrow money, the greater your chances of dying in debt. Rather than put your finances at risk at a time when you don't have many, or any, working years left, you're better off taking benefits and using them to stay afloat financially.

While the above scenarios are meant to serve as reasons not to file for Social Security at 67, there are also plenty of circumstances where claiming benefits at 67 makes sense. That's why it pays to read up on Social Security and how it works. The more you understand the program and its many nuances, the better equipped you'll be to arrive at a strategy that best serves your long-term needs.