Most folks in their 30s are already a good 10 years out of college, if not more so, and, as such have already gotten a taste of what it means to be a financially responsible adult. If you're in your 30s, here are a few milestones you'll want to achieve during what could be the most pivotal decade of your career.

Last year, GOBankingRates reported that 69% of Americans have less than $1,000 in the bank, and that statistic includes 30-somethings. Not only should you have reached the $1,000 mark in savings by the time you hit 30, but you should also, ideally, have enough money stashed away at that point to cover three to six months of living expenses. 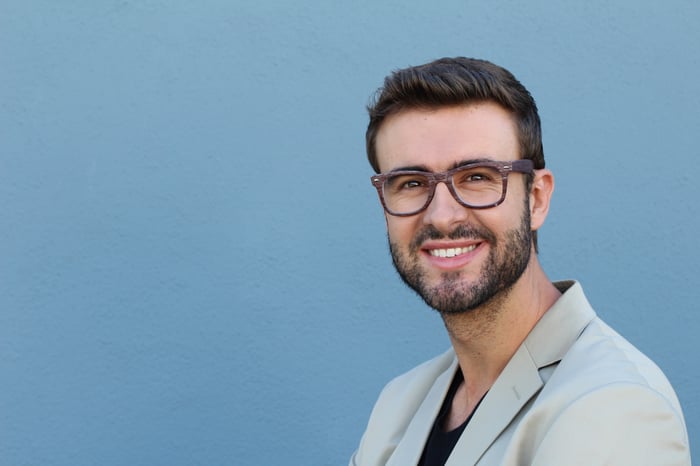 If you don't already have an emergency fund, it should become your first priority above all else. You might need to make some lifestyle adjustments to free up more money for savings, but without that safety net, you'll be opening yourself up to a world of debt or financial upheaval should you encounter an unplanned expense. And that's not what you want at this stage of life.

2. Get a handle on your debt

Though the average borrower under 35 has about $5,800 in credit card debt, the average borrower aged 35 to 44 has over $8,200. But no matter what end of that spectrum you fall into, you should know that any sort of credit card debt really isn't good. And the longer you carry that debt, the more money you'll wind up wasting on interest at a time in your life when you could be putting that cash to better use, like building your savings.

That's why your 30s are a great time to break free from debt -- and that includes student debt, too. Look at your living expenses, cut a few corners, and start chipping away at whatever outstanding balances you owe. For the most part, it pays to knock out credit card debt before student debt because the former typically comes with higher interest charges, but if you borrowed for college from private lenders, your rates may be comparable.

In any event, see which individual debts are costing you the most in interest, and wipe them out one by one in order from most to least expensive. The sooner you do, the more opportunity you'll have to start working on other major life goals.

Not everyone wants to become a homeowner, but if that's an objective of yours, you'll ideally want to sign a mortgage by the time you reach your mid-30s. The reason? Most people who take out mortgages go with a 30-year loan. If you start by the time you're, say, 36, and you make all of your payments as scheduled, you'll be mortgage-free by the time you retire. And that's a pretty big deal, because once you stop working and start living off a fixed income, you'll need all the money you can get. Not having a mortgage payment to deal with as a senior could make for a more financially relaxed retirement, but if you wait until your 40s to buy a home, and take out a 30-year loan, you'll be making payments well into your 70s.

Though retirement might seem like a far-off goal, your 30s are actually the perfect time to start funding an account if you haven't begun to do so already. That's because if you give yourself a long enough window to save, you'll manage to turn a series of relatively modest contributions into a pretty sizable sum over time.

Say you're 32 and start contributing $400 a month to a retirement account. If your investments generate an average annual 7% return, which is a few points below the stock market's average, by the time you reach age 67, you'll have a rather impressive $663,000 to your name. Sock away $600 a month, and, assuming the same time frame and return, you'll be sitting on nearly $1 million by the time retirement rolls around.

But watch what happens when you wait till your 40s to start saving those same amounts. If you begin contributing $400 a month to a retirement account at 42 and want to retire at 67, you'll end up with just $303,000 -- not at all shabby, but less than half of what you'd amass by starting 10 years earlier. Similarly, that $600 monthly contribution will leave you with $455,000 in time for retirement -- a decent nest egg for sure, but nowhere close to the $1 million mark.

Your 30s offer a unique opportunity to set yourself up for a financially stable future. If you've yet to check the above milestones off your list, now's the time to reevaluate your priorities and start thinking long-term. You'll be thankful for it later.

In Your 30s? Make Sure You Can Check These Money Moves Off Your List @themotleyfool #stocks Next Article
Current