Hint: It's nothing fancy.

You've probably been told many, many times before that money can't buy you happiness (or love, for that matter). But a new study is challenging that notion. Researchers at the University of British Columbia and Harvard Business School surveyed more than 6,000 adults in the U.S., Canada, and Europe, and asked how much money they spend regularly to gain more free time. The results? Those who bought themselves the most free time identified as being the happiest.

And it makes sense. Most of us would rather spend our non-working hours relaxing, catching up with friends, or pursuing hobbies, as opposed to cleaning our homes, mowing the lawn, or folding our own laundry. It therefore stands to reason that the more of these pesky tasks we outsource, the more free time we'll have, and the more content we'll end up being. 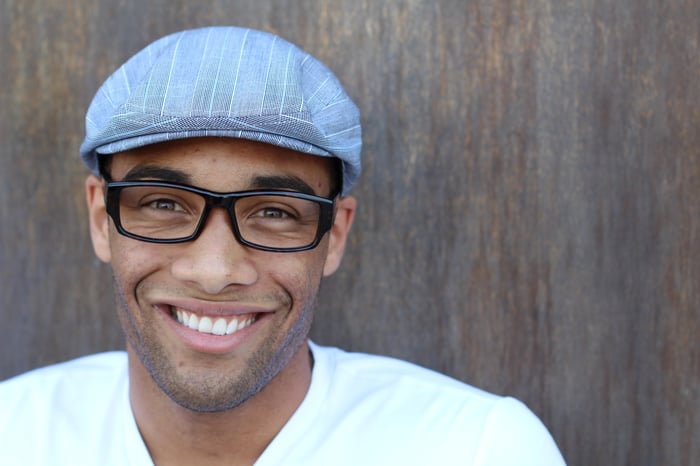 There's just one problem though: An overwhelming number of Americans currently live paycheck to paycheck, and part of the reason we're so behind on savings is that we're paying for services we want, but don't technically need. Think about the last thing you hired someone to do so you wouldn't have to tackle it yourself. Was it a potentially dangerous job, like fixing a roof, or was it a task you were perfectly capable of handling, like trimming the bushes outside your window? Chances are, it was something along the lines of the latter -- a luxury, and not a necessity.

Of course, it's not like most of us don't deserve a break. Given the number of hours many of us spend on the job, it's natural to want to salvage whatever remaining time we have left during the week. But if you're going to consistently spend money to buy yourself happiness in the form of free time, you'll need to set some priorities and find ways to carve out savings opportunities. Otherwise, what you gain in short-term satisfaction, you'll lose in long-term financial stress.

If you're a strong saver -- meaning, you have a fully loaded emergency fund and have begun building a solid nest egg -- then you shouldn't hesitate to use a portion of your disposable income to free up valuable time for you to enjoy. In fact, many people value experiences over possessions, so if you'd rather spend $200 a month on a landscaping service so you can reclaim your weekends for leisure, by all means.

But most people aren't in that sort of position. For one thing, 69% of U.S. adults have less than $1,000 in the bank. And that's hardly enough to serve as a full emergency fund. Secondly, a good 33% of workers have no retirement savings to show for, many of whom are older employees with limited time to catch up.

While it makes sense that you'd want to use your hard-earned money to enjoy your life, and spend less time on tasks you find loathsome, there's a limit as to how much you should be spending on such conveniences when your immediate and long-term savings are sorely lacking. So, if you're currently paying hundreds of dollars each month to have other people maintain your home, do your laundry, or chauffeur you from place to place, it's time to rethink that spending and set some priorities.

For example, say you're currently spending $200 a month on a cleaning service, and another $200 a month on a laundry service. That's all fine and good if your savings are healthy. But if that's not the case, then you'll need to start cutting back on these non-essential expenses and putting the money you free up into either a retirement account or the bank.

How to begin? Using our example, you can start by figuring out which service buys you the most free time, and hanging onto it. For instance, if you're a really inefficient cleaner, or have a large living space, and the $200 you spend on a cleaning service buys you 12 free hours a month, then it might pay to hang onto it, but spend 90 minutes a week doing your own laundry.

We all deserve to live happy lives, and there's nothing wrong with buying our way into a more joyful existence. But there comes a point at which we need to be responsible with our money, too. And while saving for the future won't offer the same short-term gratification as not having to mow the lawn so you can watch the ball game instead, it'll buy you a different sort of happiness that you'll come to appreciate later on.