We hear stories all the time about people who manage to retire in their 50s, 40s, or even earlier. And while some of those folks might strike it rich in the business world or come from wealthy families, a lot of them don't get to where they are by snagging a windfall or capitalizing on handouts. Rather, they work hard and establish their priorities early on in life.

If you're serious about retiring ahead of schedule, whether that means leaving the workforce at age 50 or sometime in your early 60s, you have a pretty good shot at meeting that goal if you start working toward it soon enough. Here are a few steps to take if early retirement is important to you. 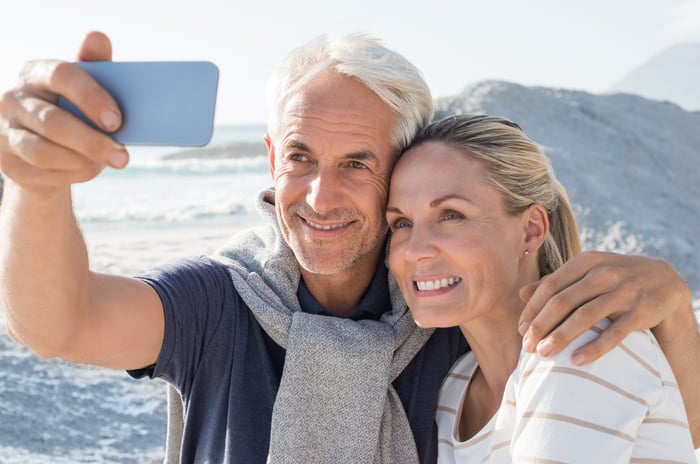 1. Know how much you're spending today

Retiring early often boils down to making smart financial decisions, at the core of which is knowing where all of your money is going. That's why it's critical to create a budget that maps out your expenses and helps you track your spending. Once you get a clear sense of how much money you have to work with at present and what you're doing with that money, you'll be better positioned to check off the next item on our list: living below your means.

2. Consistently live below your means

When you work hard, it's natural to want to enjoy that success, whether it's in the form of a nice car, a spacious home, or a string of luxury vacations year after year. But if you're truly set on retiring early, you'll need to make a habit of living well below your means, both now and in the future.

Imagine you currently bring home $5,000 a month and spend every last cent. Unless you somehow accumulate enough savings to replace that income in its entirety, you're going to struggle once you stop working. That's because you'll have gotten used to a certain lifestyle, and the older we get, the harder it becomes to adjust. On the other hand, if you learn to live below your means, you'll be able to not only get by on much less in retirement, but get pleasure out of the lifestyle that comes with it.

You can't retire early if you don't have the savings to support yourself -- it's as simple as that. It therefore stands to reason that the sooner you begin saving, the better your chances of building a suitable nest egg by the time you're 57, as opposed to 67.

Of course, you should always aim to save as much of your income as possible, because the more money you sock away, the more wealth you'll accumulate. But if you give your nest egg ample time to grow, you'll get to benefit from compounding, which could really supercharge your savings.

The following table shows how well compounding might work to your advantage, based on how early you begin your savings efforts:

As you can see, thanks to the power of compounding, saving $6,000 a year consistently over a 35-year period will leave you with over $1 million, and at a cost of just $210,000 out of pocket. Of course, once you're older, you'll be eligible for Social Security, which you can use to pad your retirement income. But in the interim, retiring at age 57 with $1 million to your name is certainly feasible, especially if you live a relatively modest lifestyle.

Though saving money from an early age is crucial to retiring early, investing that cash wisely is just as important. In the above example, we saw that a $500 monthly contribution could grow to just over $1 million in 35 years if that money sees an average annual 8% return on investment. But that's the sort of return you're really only going to get with a stock-heavy strategy. Though stocks have historically delivered a roughly 9% yearly return, bonds, which are less volatile, haven't performed nearly as well. So while investing in bonds might be safer in theory, getting too conservative could actually wreck your chances of retiring ahead of schedule.

Imagine that instead of earning an average annual 8% return on investment, your $500 monthly contributions bring in just a 5% return. In that scenario, after 35 years, you'd have just $542,000 to work with, which is almost less than half of that $1 million that sounded great just minutes ago. Though it's natural to be wary of the stock market, you need to be willing to take some risks if you want a shot at retiring early. And if you give yourself several decades to ride out the market's ups and downs, you're more likely than not to come out ahead.

Retiring early often boils down to smart decisions and a few sacrifices. But if you're willing to make the effort, you stand a good chance of retiring at an age where you're young enough to enjoy that newfound freedom.