Most Americans are behind on their savings. The median amount the average American family has saved for retirement is just $5,000, according to a recent report from the Economic Policy Institute. Even among those nearing retirement age (age 56-61), the median amount saved is a mere $17,000.

Also, while the cost of living in the U.S. varies depending on the area of the country, it's generally becoming more expensive to cover the basic necessities. Once you consider the costs of healthcare, long-term care, and other expenses you may incur during retirement, it may be more expensive than you think to retire comfortably.

But who says you have to retire in the U.S.? With increasing healthcare costs, a shaky Social Security program, and rising home prices, it may be a good idea to pack your bags and consider moving abroad during retirement.

Here are a few cities that may be a good choice for retirees looking for a more affordable lifestyle. 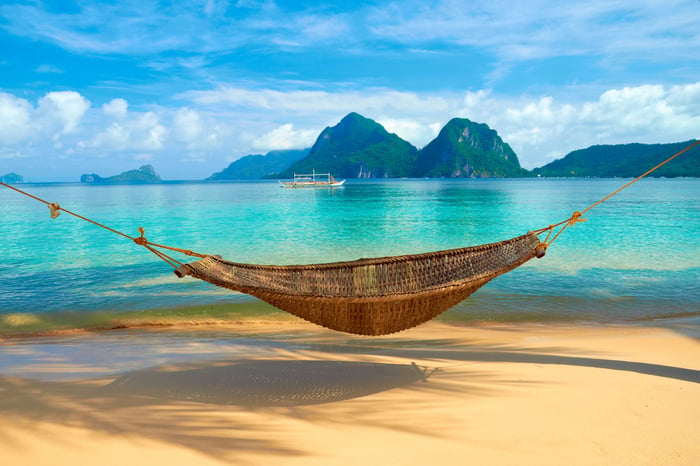 If you've ever dreamed of spending your retirement relaxing on the beach, island living may be a dream come true. Kingston, Jamaica, is not only home to beautiful beaches, it also boasts several museums and historic sites, a lively music scene, and a wide variety of restaurants offering unique Jamaican dishes.

One of Kingston's most appealing aspects, though, is its low cost of living. Even in one of the more affluent areas of the city, a 900-square-foot furnished apartment will cost just over $700 per month. And if you're looking for a smaller apartment in a less expensive area, you'll see the average rent drop to less than $300 per month.

This historic city offers beautiful architecture and stunning mountain views, and there's something for everyone -- including zip lining, museum tours, and plenty of malls and shopping centers.

Chihuahua is also a very affordable city, with the average cost of a furnished, 900-square-foot apartment in an expensive area being less than $450 per month. Also, Mexico is a popular destination for retirees because of its low healthcare costs, and many hospitals advertise American-standard facilities for this reason.

In addition, once you establish residency in the country, for $300 per year you can take advantage of Mexico's social security system, which covers a wide variety of medical services with no deductible.

There's a large expat community here, and English is an official language, making the Philippines an attractive option for someone who wants to retire abroad but still feel at home.

While Manila is slightly more expensive than some other places, it's still affordable. For a larger furnished apartment in an affluent area, the average rent is just over $1,000 per month. But for a smaller apartment in a less expensive area, you'll pay roughly $350 per month.

Also, because the Philippines is so popular among expats -- and retirees, particularly -- there are many benefits offered to those who retire in the country. These include discounts for people over the age of 60 and exemption from paying airport travel taxes, for example.

Located just a few hours away from Milan, Venice, and Florence, Turin is a hidden gem in Italy. The city is considered the food capital of Italy, with cafes on nearly every corner and an annual 10-day chocolate fair that attracts chocolate lovers from around the globe.

Turin is also a great place for retirees because of its inexpensive healthcare. Once you establish residency, you'll need to purchase private health insurance, but typically it's only a fraction of the price of health insurance in the U.S.

Rent is also relatively inexpensive in the area. For a 500-square-foot furnished apartment in an affordable area, you'll likely pay around $450 per month. For a larger apartment in a more expensive area, it will cost roughly $850 per month.

Things to consider before packing your bags

Ready to head to the airport and start your next adventure? There are a few things to keep in mind before you head out.

If you can, visit your potential new city for a month or two to see whether you really like it. It's a bigger commitment to move halfway across the world than it is to move down the street, and if during your visit you find out the healthcare coverage is sub par or crime rates are higher than you're comfortable with, you can always return home and think about a plan B.

Also don't forget about taxes when you move. If you still have investments in the U.S., you'll need to continue paying taxes on them even if you live in another country. The good news is that if you earn income in your new country, you may be able to avoid paying U.S. income taxes so that you're not doubling up on taxes.

Retirement is supposed to be a new adventure, and moving to a new country can be both exciting and financially wise. Just be sure you've done your research and planned accordingly, and you can live out your golden years in paradise -- even without millions of dollars saved.