There's a very good chance you won't get what Social Security projects for your benefit level.

Social Security provides the foundation for retirement plans for millions of Americans, but that foundation is in seriously bad shape. According to the program's own trustees:

As if that weren't bad enough, there's a strong chance you won't receive your full anticipated benefit amount anyway, thanks to how those benefits are calculated (even if the program were financially solvent). This is especially true if you're under your full retirement age and face the prospect of reduced benefits for claiming early. 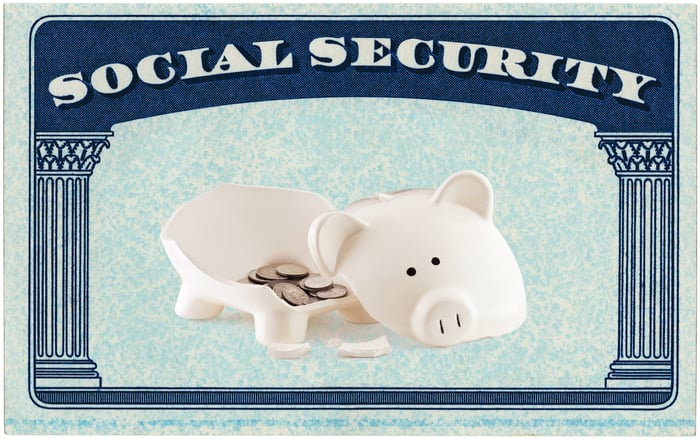 Here's what Social Security itself says about your benefit

In Social Security's online sample statement for a mid-career professional, it lists the following numbers:

That difference between the full retirement age and age 62 should set off alarms in your head regarding just how much your benefit is at risk. There are two drivers for that gap. The first driver is that if you were born in 1960 or later, claiming at age 62 reduces your monthly benefit by 30%. If you notice, though, the age 62 benefit estimate is slightly less than 70% of the estimated full retirement age benefit. 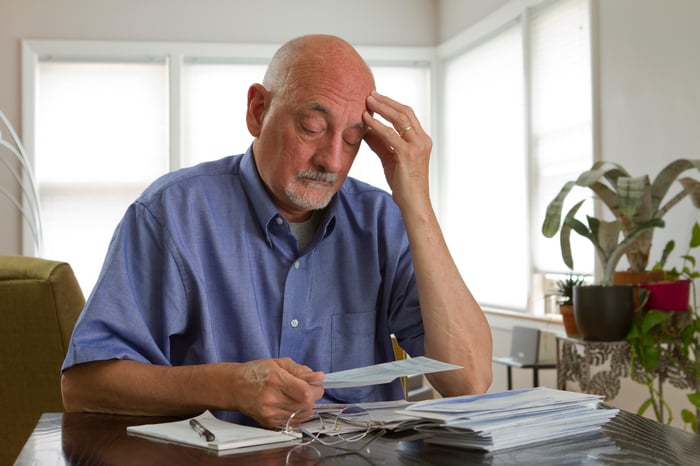 This is because your benefit is based upon your highest 35 years of earnings. Social Security's estimate for your primary benefit amount is based upon the assumption that you'll keep working and earning about the same until your full retirement age. That's the second driver behind why your benefit is at risk -- zero earnings in what Social Security assumes to be fairly high income years for you translates to a lower benefit in retirement.

And while the Social Security sample statement doesn't call out the risks to your benefit from the trust funds emptying in terms of value, it does address them. The statement warns that "by 2034, the payroll taxes collected will be enough to pay only about 79 percent of scheduled benefits."

$996.19 per month works out to $11,954.28 per year, which is less than the current poverty level for single households. So there you have it -- straight from Social Security itself -- a clear indication that there's a really good chance that your Social Security benefit alone won't keep you above the poverty level in retirement.

Wait -- isn't that based on claiming at age 62 and letting the trust funds empty?

According to my Foolish colleague Matthew Frankel, age 62 is the most common age for people to claim their Social Security benefits. Even more worrisome, almost half of those who do wait until their full retirement age start claiming younger as part of a disability conversion, rather than an intentional choice to wait until that age to collect. 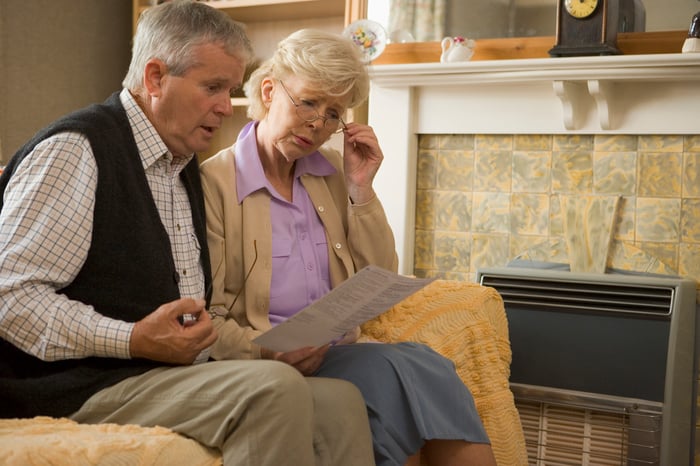 Like it or not, the reality is that the labor force participation rate for those age 55 and up is around 40% -- and that level hasn't exceeded 45% even if you look as far back as 1948. Whether or not you want to work until your full retirement age or later, history suggests that it's very risky to build your retirement plan around the assumption that you'll be able to do so. Part of that risk is projecting that you'll get your full Social Security benefit, even if the program remains able to pay all expected benefits.

That the Trust Funds are on track to empty isn't exactly new news, either. Back in 2007, the Social Security Trustees thought the program had until 2041 before the Trust Funds emptied. Add one financial meltdown and generationally low interest rates, and the program managed to lose seven years of solvency even as that day of reckoning inched ever closer.

It's likely that Congress will step in and patch Social Security as it has in the past when the program faced shortfalls. Even then, however, history suggests the patch will come at the expense of two key constituency groups: wage earners and beneficiaries. Or to put it differently -- the people working to get Social Security benefits and those who are actually receiving them.

Past patches have involved increasing the tax rates on wage earners to cover the program -- from an initial 2% rate to a current 12.4% rate (half paid directly by the employee and half by the employer). They've also included reduced benefits through tactics like adding taxes on benefits for people with additional sources of retirement income and increasing the retirement age from 65 to 67.

Any future patch to shore up the system will likely include some element of tax increases and/or benefit cuts, just like past patches have. As a result, you should expect to pay for the fix, either as a wage earner, as a retiree, or both, depending on your age and when any patch is actually enacted. So while there's a good chance Social Security will get patched before its Trust Funds empty completely, it's reasonable to assume your net benefit after considering the costs of the patch won't be all that much better.

The most important thing you can do to prepare is to plan for a world where your Social Security benefit will wind up somewhere in the neighborhood of 50% to 55% of your currently projected benefit level. This is driven by the risks that you'll have fewer than anticipated years of income, that you'll wind up claiming before your full retirement age, and that Social Security's Trust Funds will either empty or that the fix will wind up costing you. 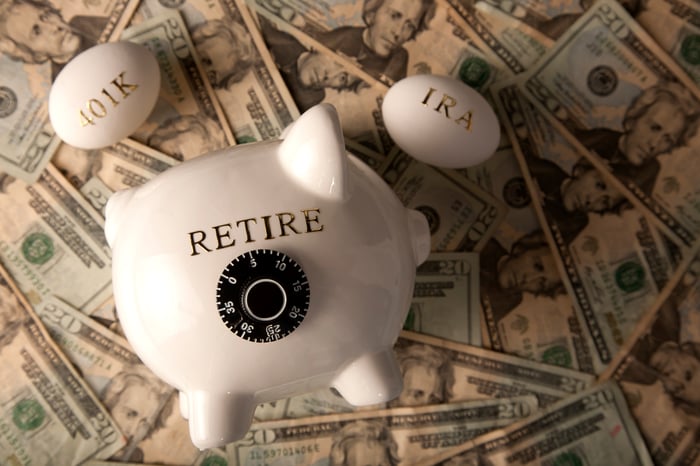 Build that into your end-to-end retirement plan, and build enough savings to cover not only the gap from Social Security, but also the rest of the retirement lifestyle you'd like to lead. To figure out how much you'll need, a general rule of thumb for retirement spending is known as the 4% rule. Based on that rule, if you:

...then you can start by withdrawing 4% of your portfolio's value in your first year of retirement and have a very good chance of seeing that money last as long as your retirement does.

A 4% spending rate works out to having 25 times your annual spending needs socked away. So get started today with a plan to save up 25 times what you expect to spend each year above and beyond what you can reasonably expect from Social Security. That way, you can improve your chances of having a comfortable retirement despite the challenges embedded in the program. If by some chance Social Security does manage to deliver more, your retirement will be all that much more comfortable.