Please ensure Javascript is enabled for purposes of website accessibility
Log In Help Join The Motley Fool
Free Article Join Over 1 Million Premium Members And Get More In-Depth Stock Guidance and Research
By Maurie Backman - Oct 3, 2017 at 6:36AM

Think you'll work past your 60s? Keep these key points in mind.

Though retiring early certainly has its benefits, many working Americans aren't looking to go that route. Quite the contrary -- 70 or older is actually the second most popular retirement target among U.S. adults (65 is the most popular), according to data from Willis Towers Watson. Nearly 25% of Americans hope to keep working well into their 70s, whereas only 11% plan to call it quits between the ages of 62 and 64.

But while there are certainly a number of advantages to staying in the workforce till age 70 or later, there are also some hiccups you might encounter. Here are a few things you should be aware of if you're aiming to retire in your 70s. 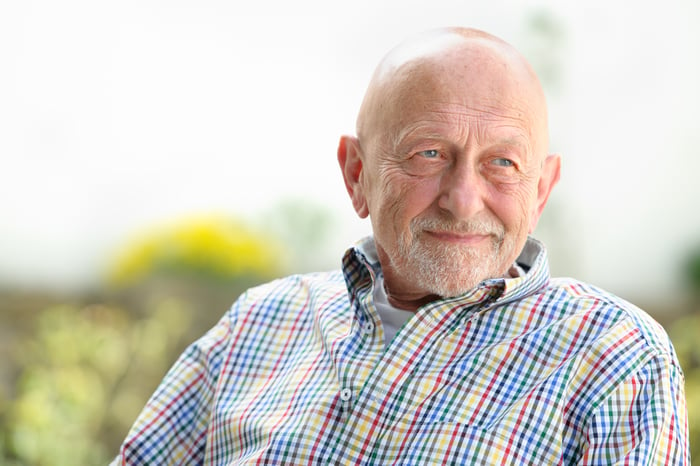 1. You'll get a chance to boost your Social Security benefits

Your Social Security benefits are calculated based on how much you earned during your working years, but the age at which you first file can impact your ultimate monthly payout. Many workers opt to apply for benefits upon reaching full retirement age (which, for today's older workers, is 66, 67, or somewhere in between), because that's when they get to collect those payments in full. But the window for claiming benefits actually ranges from 62 all the way up to 70.

Now if you file for Social Security at the earliest possible age of 62, you'll get your hands on your benefits sooner, but you'll also slash your payments in the process. On the flip side, if you delay benefits past full retirement age, you'll get an 8% boost for each year you hold off, up until age 70. (Technically, you can claim benefits later than 70, but since there's zero financial incentive to do so, 70 is typically considered the latest age to file.)

Of course, for folks who retire in their mid-to-late 60s, waiting until 70 to file for Social Security often isn't an option, as they need those benefits sooner to cover the bills. But if you're still working and earning your usual salary until that point, there's no reason you can't put Social Security on hold for a few years and get the highest possible monthly payout once you turn 70.

2. You can make up for lost time

For better or worse, money is often a motivating factor in the decision to retire at age 70 or later. But if you're behind on savings, working a few extra years could really have a huge impact on your nest egg. The average household aged 56 to 61 has $163,577 saved for retirement, and that's not a whole lot of money when you consider that Americans are living longer these days, and that many will be retired for 25 to 30 years or longer. If your retirement account balance isn't where it should be, then working into your 70s gives you a great opportunity to catch up.

Say your full retirement age for Social Security purposes is 66, but you decide to work until age 76 instead. If you're able to max out your 401(k) at $24,000 a year over that decade-long period, you'll add about $302,000 to your nest egg, assuming your investment generate a pretty conservative 5% average annual return during that time. And since there's a good chance you'll have paid off your mortgage by the time you reach your late 60s or early 70s, you have a great chance to sock even more money away for the future.

3. You may not get the opportunity to work as long as you think

Though retiring in your 70s is an admirable goal, you can't discount the fact that you may not get the choice to do so. That's because an estimated 60% of Americans end up retiring sooner than planned due to factors such as job loss, health issues, or the need to care for a spouse or dependent. You'll therefore need to prepare for an earlier retirement than anticipated and save accordingly.

Remember how we just talked about working longer and playing catch-up? Unfortunately, that's not something you can count on doing, which means you shouldn't neglect your savings during your 40s and 50s with the assumption that you'll make up for it in your 70s. Furthermore, it pays to keep your job skills current as you navigate your career later in life. Renewing a certification or taking a course in your 60s could buy you some job security and help you avoid becoming a layoff victim when you least expect it.

There are plenty of good reasons to aim to retire sometime in your 70s. Just be sure to take a strategic approach to your savings, Social Security benefits, and career so that you're able to make the most of your later retirement.