Many workers imagine themselves retiring and living along sandy beaches, or in quiet, wooded areas offering optimal peace and quiet. Others, meanwhile, dream of retiring in cities and enjoying the vibrancy that tends to come along with them. If you're still on the fence about where to retire, here are a few good reasons to consider settling down in a city.

It costs $8,700 a year, or $725 a month, to own a vehicle, according to AAA, and that's just an average. Given that seniors are often subject to higher insurance premiums, and that cars tend to require more maintenance as they age, if you're planning to retire someplace where you're reliant on your own car to get around, it could end up putting a strain on your limited retirement budget. 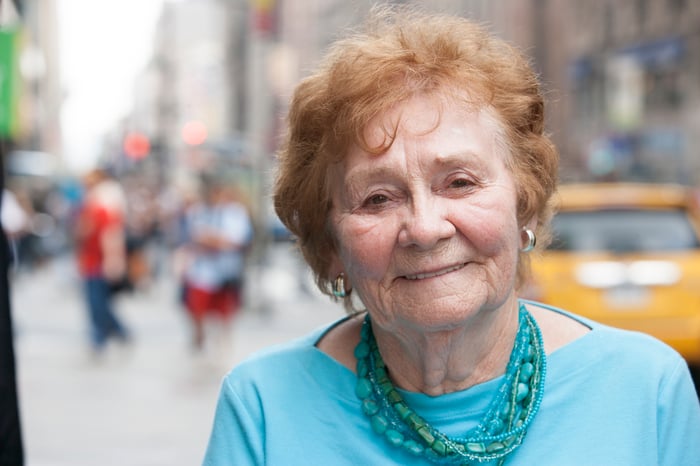 That's why it often pays to retire in a city with public transportation. If you're able to make good use of a bus or subway system, you stand to save a bundle at a time in your life when you could most likely use the money.

As an example, it costs more to commute via public transportation in Washington, D.C., than any other major city in the country -- but even then, you're looking at spending $237 a month, as opposed to the $725 you'd spend on your own vehicle. That's over $5,800 a year in savings.

Another thing to consider is that as you age, your driving abilities might decline. Living in a city with public transportation could therefore take a huge amount of stress out of the equation and help you get around safely.

Healthcare is a major concern for seniors, not to mention a major expense. It therefore stands to reason that the more options you have for medical care nearby, the easier it'll be to manage not only your health, but your costs. And that's where city living can really be advantageous.

In a recent Welltower report, baby boomers ranked access to healthcare as their single greatest priority when considering where they'd want to live at age 80 or older. And while it's certainly possible to find high-quality hospitals in suburban and even rural areas, larger cities often boast the most state-of-the-art facilities. In fact, of the top-ranked hospitals in the country by U.S. News and World Report, the 20 facilities with the highest scores were all located in cities, including major ones such as New York, Boston, Philadelphia, and San Francisco.

Though countless workers look forward to retirement, it also increases the likelihood of suffering from clinical depression by 40%, and a big part of that boils down to boredom. That's why living in a city can be a positive thing for seniors with an abundance of free time on their hands. From museums to restaurants to nightlife, cities are known to offer a host of entertainment options that suburbs and rural areas typically can't match. Better yet, much of that entertainment can be had for free (think no-cost concerts in the park and so forth).

Can you afford city life?

Though the idea of retiring in a city might hold some appeal, one thing to consider is the cost of doing so. While it's not always the case that city living is more expensive than life out in the 'burbs, you may come to find that certain costs are higher when you trade in your three-bedroom colonial for a studio apartment overlooking the main drag. For one thing, you'll probably pay more for things like groceries, utilities, and restaurants, and while you can score plenty of low-cost (or no-cost) entertainment, you might also be more tempted to blow your budget on things like theater tickets, which don't typically come cheap. Before you decide to retire in a city, be sure to understand the costs involved -- and make certain your budget can support the lifestyle you're planning to lead.

Finally, remember that not all cities are created equal. If you're not sure where to settle down during your golden years, you can consult this list of the best and worst cities for retirees. With any luck, it'll help you narrow down your choices so that you land in a place that lets you enjoy retirement to the fullest.