Stock market corrections are common, and pretty much inevitable. Here's why you shouldn't sweat the next one.

No matter how carefully you've been watching the news, or your portfolio, you're probably aware that the stock market has pretty much been on fire this year. But this winning streak can only last so long. If history has taught us anything, it's that we're probably headed for a stock market correction, where values fall 10% or more, in the somewhat near future.

And most folks agree. In a just-released Wells Fargo/Gallup study, 54% of investors expect a stock market correction to hit before 2017 draws to a close. Yet most people aren't doing much, if anything, to combat that anticipated correction. Only 40% are rebalancing their portfolios to protect themselves from projected volatility, while just 18% are selling off stocks to shield themselves from future losses. 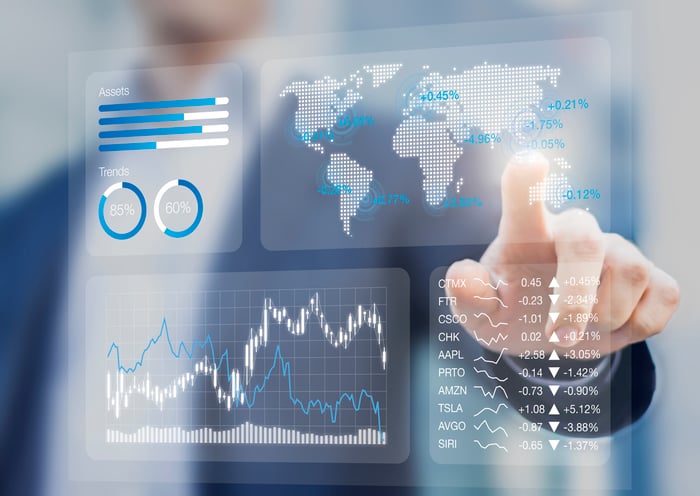 Now, if you don't know much about the stock market, you might think most folks are being pretty reckless. But in reality, those investors who are letting their portfolios be are actually making a smart decision.

Not only are stock market corrections fairly common, but they also tend not to last all that long. Sure, there are exceptions, but if we do see a correction between now and the end of the year, there's a good chance things will adjust back upward within a matter of months, or possibly even weeks. Remember, historically, the market has spent more time climbing than falling, and that's the one reason folks who are too scared to put money into stocks ought to reconsider.

In the long run, stock values tend to rise. So if you're willing to sit tight and ride out the market's corrections, you're more likely than not to come out ahead.

A big reason so many people lose money in the stock market is that they take a reactive approach to investing. The minute their investments start to decline in value, they pull out and sell, figuring they're best off minimizing their losses.

But the thing to remember when stock values drop is that until you actually sell your investments, you're not looking at an actual loss, but rather a loss on paper. In other words, if you stay calm and hang onto your investments, they're likely to climb back up, whether that happens over the course of a few weeks, months, or even years.

So what should you do if the stock market does indeed experience a correction this year? Nothing. Do absolutely nothing. Sit back, let things play out, and avoid looking at your portfolio balance if a lower number is going to mess with your head.

Now, there is one exception. If you're planning to cash out your investments in the near term because you need the money -- say, for retirement or another specific purpose -- then you may want to shift some stocks into bonds, or even cash, if you fear a correction is imminent. But don't dump each and every stock position, either, because most of them are more likely than not to recover and grow in the long run.

Reacting to stock market corrections is a good way to get burned as an investor, so don't do it. Hang tight, wait things out, and if history repeats itself, you'll come out way ahead simply by not acting hastily.