If you're saving for retirement in an IRA, you're already doing something smart for your future. But what happens when you're hit with a financial emergency and don't have enough money in savings to cover the cost? Or what if you just plain need money to cover some extra expenses and figure you might as well tap the funds sitting in your IRA? Tempting as it may be to take an early IRA withdrawal, it's actually a move that could hurt you in many ways. Here's why.

In case you need a refresher, here's the deal with IRAs and withdrawals. If you're saving in a traditional IRA and are therefore getting an immediate tax break every time you contribute, you're required to leave that money alone until you reach 59 1/2. If you have a Roth IRA that you're funding with after-tax dollars, the rules are more flexible in that you're allowed to withdraw funds at any time, provided you only touch the principal portion of your account. If you put in $10,000 of your own money, and your investments bring the balance up to $12,000, the initial $10,000 is yours to withdraw, but you could be penalized if you remove that $2,000 in gains. 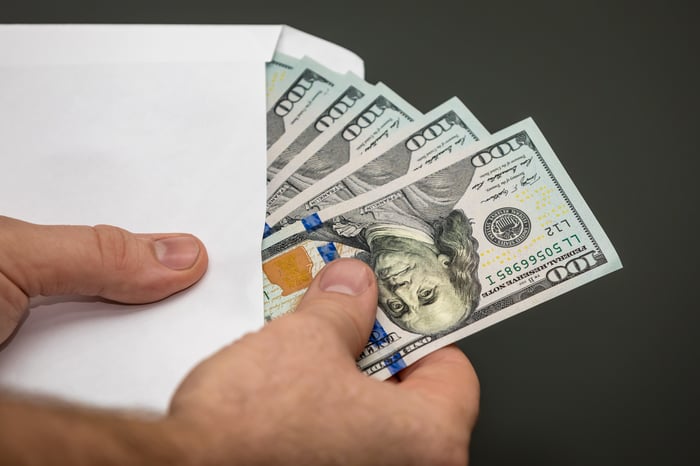 And speaking of penalties, let's review what happens if you withdraw funds early from a traditional IRA. For one thing, you'll be hit with a 10% penalty on the amount you remove. Additionally, you'll be liable for taxes on your withdrawal since traditional IRA distributions are treated as ordinary income, even in retirement. (Roth withdrawals, by contrast, are taken tax-free.)

So let's say you need $5,000 and decide to take an early traditional IRA withdrawal. Not only will you lose $500 of it off the bat from the aforementioned penalty, but if your ordinary income tax rate is 33%, you'll lose an additional $1,650 to the IRS on top of that. In other words, that $5,000 withdrawal will only end up putting $2,850 in your pocket, which is barely more than half the amount you're seeking to get at in the first place. And that's just one reason why early IRA withdrawals rarely make sense -- because you don't end up getting anywhere close to the full amount you attempt to remove from your account.

Now, there are a few exceptions to the 10% early withdrawal penalty that you should know about. You won't be penalized if you're withdrawing funds to do any of the following:

Additionally, you won't be penalized for an early withdrawal if you become disabled. And if you start withdrawing a series of what are known as substantially equal periodic payments, you can get around the penalty as well. But either way, don't forget that you're still going to pay taxes on that money -- just as you would if you were to wait until retirement to access it.

Clearly, getting slapped with a 10% penalty on your money isn't ideal. But that's actually not the primary reason to avoid taking an early IRA withdrawal. The danger with removing funds early is that the more you take out, the less you'll have available in retirement -- when you need it the most.

Think about it: If you're desperate for cash during your working years, you might pick up extra shifts at work or take on a side job for a number of months. But as a retiree, you're apt to have fewer options when you need money, especially if your health has begun to decline at that point. Remember, the purpose of an IRA is to provide income in retirement, so using those funds for any other purpose -- even if it is to pay for college or buy a house -- could spell trouble in the future.

Furthermore, one thing many people don't realize is that when you remove money early, you lose out on not just that principal amount in retirement, but also the growth that sum could've achieved. Imagine your portfolio is averaging 8% a year, and you take a $10,000 withdrawal at age 40 to buy a home. You then decide to retire 25 years later. At that point, you won't only be short $10,000 -- you'll have $68,000 less in your account because you'll have missed out on two and a half decades of investment growth on that $10,000. And that's the sort of loss that could have serious consequences in retirement.

If you're thinking of taking an early IRA withdrawal, be sure to consider the ramifications involved. In most cases, you're better off finding an alternate means of generating cash -- and leaving your savings alone.