Working part-time in retirement is a smart idea, but it's also not guaranteed. Here's how to improve your chances of staying employed as a senior.

With Americans living longer these days and approaching retirement with insufficient savings, it's not surprising that many are coming to embrace the notion of working part-time during their senior years. In fact, an estimated 56% of adults plan to continue working in some capacity during retirement, according to a Transamerica study.

But while working in retirement no doubt has its benefits, it's also far from a given. As of last year, only 20% of Americans 65 and older were actively employed in some manner, which tells us that part-time work in retirement may be harder to come by than expected. If you're planning to remain employed as a senior, it pays to take steps during your working years to make that a reality. Otherwise, you could end up out of luck -- and money -- when you're older. 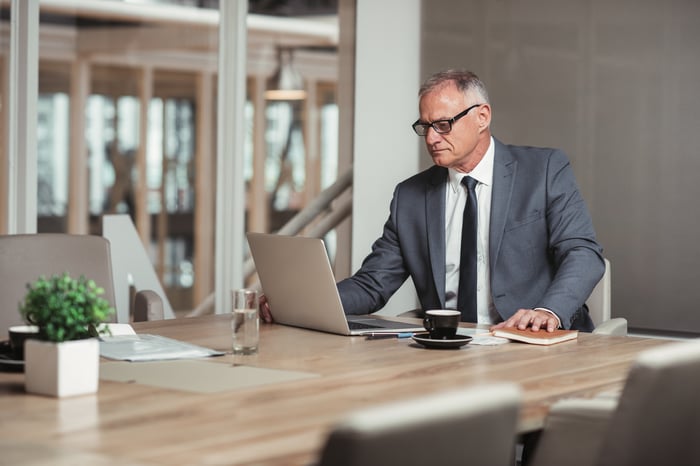 Why work in retirement?

There are several reasons why seniors might choose to work part-time in retirement, the most pressing of which being that they need the money. The average household aged 56 to 61 currently has a median savings balance of just $17,000, which, over a 20-year period or longer, is pretty much negligible. And since Social Security isn't enough to pay the bills, it stands to reason that countless seniors will have to work part-time during retirement to compensate.

But there's another good reason to remain employed to some degree in retirement, and it actually has nothing to do with money. Retirees are 40% more likely than working adults to suffer from depression, according to the Institute of Economic Affairs. And it makes sense. Seniors who work all their lives might struggle to go from a fully packed schedule to virtually limitless free time. Furthermore, since more than half of retirees fail to budget for leisure spending, and therefore can't afford to sink thousands of dollars into keeping themselves entertained, finding part-time work is a good alternative to sitting around the house feeling worthless and bored.

Improving your odds of finding work

If you're intent on working part-time in retirement, then it's a good idea to focus on that goal early on. Many seniors manage to consult in their former fields once they're retired, but to pull that off, you'll need to establish a solid business network ahead of time. As you gear up for retirement, reach out to your contacts and associates and let it be known that you're eager to work for them once your full-time career comes to a close. Otherwise, you might spend your first few years of retirement struggling to drum up business.

Along these lines, you can set the stage for a second career early on by holding down a side hustle during your working years. Imagine you're a database manager who enjoys designing websites -- a service countless businesses and individuals need. If you work on boosting your design skills and portfolio when you're younger, and take on the occasional side project while remaining employed on a full-time basis, you'll have an easier time getting hired once you leave your original career behind.

Working during retirement is a smart move not just from a monetary perspective, but from a mental one. The good news? If you pave the way toward that opportunity in advance, you'll enjoy a host of perks once the time comes to make your retirement official.