Please ensure Javascript is enabled for purposes of website accessibility
Log In Help Join The Motley Fool
Free Article Join Over 1 Million Premium Members And Get More In-Depth Stock Guidance and Research
By Maurie Backman - Dec 19, 2017 at 5:48AM

A large number of older workers are alarmingly unprepared for retirement. The good news? They're doing one simple thing to change that.

It's no secret that Americans are woefully unprepared for retirement, and those inching closer to it by the day are no exception. The average household aged 56 to 61 has just $163,577 set aside for the future, according to the Economic Policy Institute -- but that's not a particularly healthy number, especially if we follow the well-established 4% rule. If we apply a 4% withdrawal rate to that average sum, we arrive at just $6,543 in annual income, at least initially. And that's nowhere close to enough money to live off, even if we factor in Social Security.

Another thing: While that $163,577 represents the average savings balance among baby boomers nearing retirement, the median savings balance for that age group is just $17,000. And when you have a median that's well below the average, it means a greater number of people have less than the average than more. 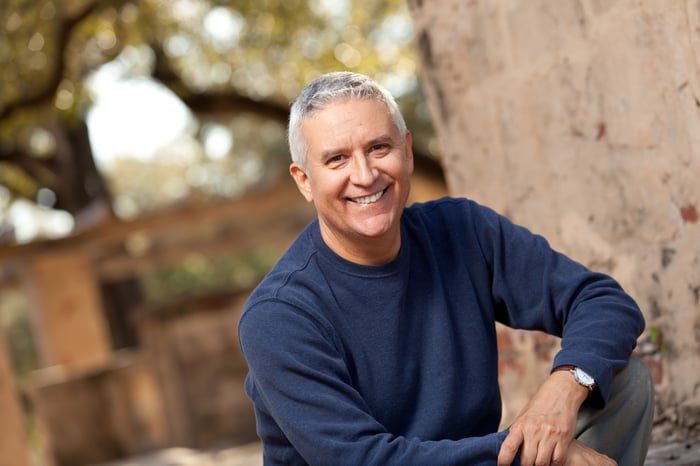 Clearly, no matter how we choose to look at the above data, it isn't promising. Throw in the fact that boomers only have a limited number of working years to catch up, and it's no wonder so many are worried about retiring on time.

But there's good news in all of this, and it's that a large chunk of older workers are actively taking steps to improve their financial outlook by working a side hustle. Nearly a quarter of boomers, in fact, are currently holding down a second gig to supplement their income and free up more room for savings. If your nest egg isn't where it needs to be, and retirement is rapidly approaching, then it pays to consider putting in some time on top of your regular job. It may be just the thing to salvage your golden years.

Why work a side hustle?

Simply put, a side hustle is a guaranteed means of bringing in more money. And if your nest egg is in bad shape, the decision to work a side gig should pretty much be a no-brainer.

How much income might your side hustle generate? The typical worker across all age groups brings home an additional $250 per month from a second gig. And that's not a small amount when you really need the cash (which, incidentally, is why 61% of boomers have a side hustle in the first place; some do it just for fun).

So let's say you're in your late 50s and decide to work a side hustle for the next eight years to boost your savings. Let's also imagine that side hustle allows you to contribute an extra $250 per month to a retirement plan like an IRA or 401(k). If your investments give you a relatively conservative average annual 6% return, then by the time you're set to retire, you'll be sitting on an extra $30,000. And that's not a negligible sum.

Now let's be optimistic and say that instead of side hustling your way to an extra $250 per month, you're able to bring in $500. Do so for eight years at that same return, and you'll have close to $60,000 more to work with in retirement.

Of course, working a side hustle might seem like a drag when you're already responsible for a full-time job, but think about it this way: If you don't take on that side gig and generate that additional cash for savings, you may have no choice but to work those same hours during retirement -- when you're older and conceivably more prone to health issues.

The truth of the matter is that if you're in your late 50s or early 60s with inadequate savings, you only have a number of choices: postpone retirement, work part-time during retirement, or get a side hustle to compensate. If the first two don't sound appealing, then find a side gig you'll actually enjoy and use it to build some essential wealth. And who knows? If you're successful enough, you might manage to turn that side hustle into a second late-in-life career -- and a far more rewarding one at that.