The start of a new year often means resolving to do better at everything from fitness to family to finances. In fact, this year, a good 80% of Americans are making money-related resolutions that can change their lives for the better.

Here are the top five financial matters U.S. adults want to get ahead of next year, along with the percentage of folks who are resolving to tackle them, as compiled by Principal Financial:

Clearly, these are some pretty critical goals. And the sooner we all get ahead of them, the more we stand to gain. 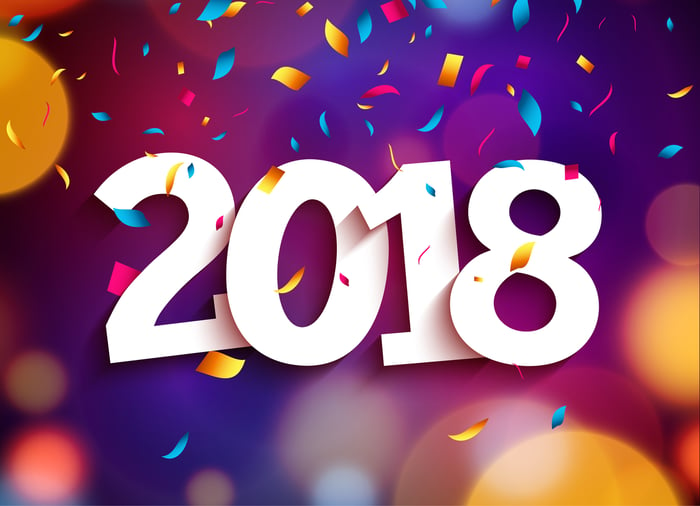 We all want to save money, and the one thing that often stops us from doing just that is not having a clear sense of where our hard-earned paychecks end up going. And that's precisely why you need a budget. Without one, you'll have no accurate way of tracking your spending and identifying ways to cut corners. Once you have that budget in place, you'll be able to play around with different expense categories and free up more money to stick in the bank. Best of all, creating a budget is easy -- you can do it in an hour or less.

If you're carrying a whopping balance on your credit card, you're not alone. Credit card debt recently reached an all-time high in the U.S., with the average balance-holder owing somewhere in the ballpark of $16,000. Ouch. The problem, of course, is that for every day you carry a balance, you end up accumulating interest charges that, over time, can end up surpassing the amount you borrowed in the first place.

If you're serious about paying off that pesky debt, then you'll first need the budget we just talked about to see where you're wasting money and where there's room for additional savings (meaning, money you can apply to your outstanding balance). You might also think about getting a side hustle -- something an estimated 44 million Americans are doing. Working a second gig is a great way to drum up extra cash and get rid of debt sooner.

We all have expenses that are fixed, like our rent or student loan payments, and those that are variable, like our grocery and utility bills. If you're serious about cutting your spending, then you'll need -- you guessed it -- an accurate budget that'll show you what wiggle room you have. From there, it's really a matter of deciding what you are and aren't willing to give up, and making the right changes.

Say you're currently spending $200 a month on leisure activities, and another $200 on restaurant meals and takeout. If your goal is to cut your monthly spending by $200, then you might look at those two categories and decide which makes you happier -- getting to attend concerts and events, or not having to cook. Or, you might decide to stop paying for cable and the gym, and instead continue going out with friends and purchasing prepared food. The choice is really yours, but the key is to make a substantial enough change that it impacts your finances for the better.

With roughly one-third of Americans having absolutely no retirement savings, it's safe to say that millions of workers are headed on a dangerous path. Without independent savings, you'll have no way of keeping up with your living costs once you stop working (Social Security will, in a best-case scenario, provide only half the income you need as a senior). That's why it's critical to build that nest egg during your working years, and the sooner you start, the more time you'll give your money to grow.

Even if you can't max out, if you save consistently throughout your career and invest your money wisely, you stand to establish a pretty solid nest egg in time for retirement. Case in point: Socking away just $300 a month for 30 years will leave you with an ending savings balance of about $285,000 if your investments generate a fairly conservative 6% average annual return during that time. Set aside $500 a month, and all other things being equal, you'll wind up with $474,000 in retirement cash.

Most Americans are woefully unequipped to deal with a true financial emergency. An estimated 57% of U.S. adults have less than $1,000 in savings, while 39% have no savings at all. A solid emergency fund, meanwhile, should contain enough money to cover at least three months' worth of living expenses, and ideally more like six months' worth.

If your emergency stash is low or nonexistent, then building some cash reserves should actually trump other goals like funding your nest egg or paying off credit card debt. And if small changes in your budget don't do much to help you boost your short-term savings, then you may need to get more aggressive. This could mean slashing a couple of key expenses, like giving up a car or downsizing to save money on rent, or it could mean committing to a side job for the better part of the year to play catch-up. Either way, this is one resolution you don't want to botch, because without a solid safety net, you risk a host of negative financial consequences the minute an unplanned expense comes your way.

The problem with New Year's resolutions is that many of us tend to make them and break them. But if you commit to any of the above and stick to them, you'll be in a much stronger financial position by the time 2018 comes to an end.