With tax reform being all over the news, countless Americans are bound to have IRS matters on the brain. As we begin a brand-new year, here are a few smart tax moves to put on your list.

1. Contribute to a retirement plan early on

It's estimated that nearly half of Americans have no retirement savings. Whether you're in that category, or have begun saving but still have work to do, the start of the year is the perfect time to focus on setting funds aside for the future. After all, if you start making contributions in January, you won't need to rush to play catch-up later on in the year. 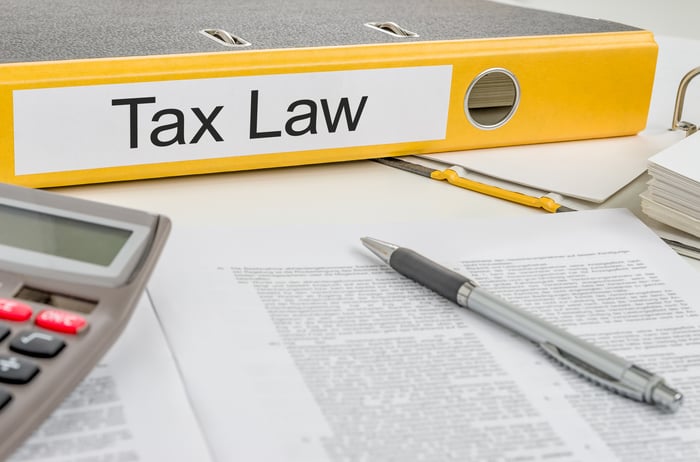 If you're lucky enough to have access to a 401(k) plan, here's some good news: The annual contribution limits just increased for 2018, so if you're under 50, you can sock away up to $18,500 this year. If you're 50 or older, you get an even greater opportunity to save, thanks to a catch-up provision that raises this limit to $24,500.

Don't have a 401(k) through an employer? You still can save steadily with an individual retirement account (IRA). Workers under 50 can set aside up to $5,500 this year, while those 50 and over can contribute up to $6,500.

Many of us submit doctor visit copays, or charge prescription drugs, on our credit cards, without putting much thought into it. But if you tend to spend a decent chunk of your income on medical expenses, keeping track of those bills could pay off in a very big way. That's because, as per the latest tax changes, you can deduct medical expenses that exceed 7.5% of your adjusted gross income (AGI) this year. This means that if your AGI is $50,000, and you spend $5,000 on various medical costs, you can deduct any amount in excess of $3,750 -- so in this case, $1,250. But the only way you'll know how to properly figure your deduction is to maintain an accurate record of your spending.

One thing to keep in mind is that under the new tax system, the standard deduction is nearly doubling for both single and joint filers. This means that more people are likely to just take the standard deduction this year, as opposed to itemizing. But if you think you'll end up with an itemized return, tracking your medical costs is crucial.

3. Familiarize yourself with changes to the tax code

There are a lot of changes happening now that tax reform is in full swing. To avoid getting hurt by the new laws, you'll need to read up on how the rules are shifting and how these changes might impact your return. While it's true that most individual tax rates are actually going down under the new system, there are also a number of key tax deductions that are no longer available this year.

For example, if you're making payments on a home equity loan, you'll no longer be eligible to deduct the interest portion like you once were. Similarly, if you're planning a move for job-related purposes, you should know that your associated expenses are no longer tax-deductible. Furthermore, the threshold for writing off mortgage interest has been lowered to $750,000 in home loan values, which means that if you're planning to buy a pricier home than that, you won't get to deduct your interest in full.

Of course, it could very well be the case that these changes don't impact you. But it pays to get educated and plan carefully for them, nonetheless.

The more thought you put into your taxes early on in the year, the greater your chances of eking out additional savings throughout. As you gear up for what will hopefully be a rewarding 2018, spend a little time focusing on taxes. You'll be thankful for it later on.