Filing for Social Security isn't a decision to be taken lightly, especially since the age at which you first claim benefits can impact your monthly payouts. Though your benefits are based on how much you earned during your career, you're only entitled to your full monthly benefit amount once you reach full retirement age. For today's workers, full retirement age is 66, 67, or somewhere in between.

That said, you actually get an eight-year window to file for benefits. You can start collecting Social Security as early as age 62, or as late as age 70. However, if you file for benefits prior to full retirement age, you'll face a permanent reduction in each monthly payment you receive.

On the flip side, if you hold off past full retirement age to take benefits, you'll boost your payments by 8% for each year you wait, up until age 70. With all of this in mind, here are three specific points to account for when deciding to start taking benefits. 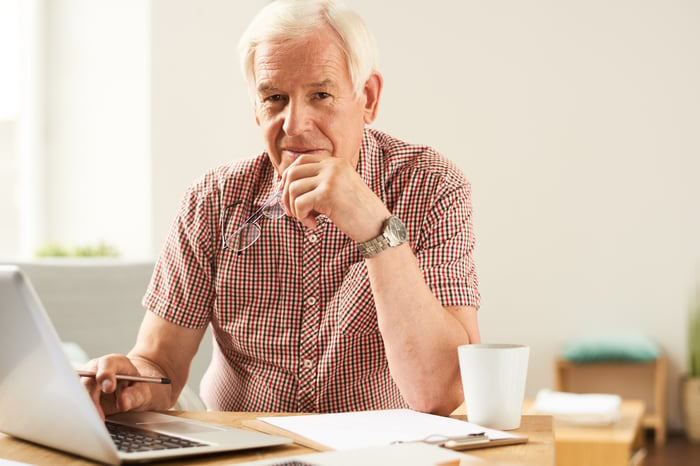 Though Social Security was never designed to serve as your sole source of retirement income, those benefits are likely to play a key role in helping you cover your bills. That said, if you're lacking in savings, it might pay to hold off on filing for as long as possible to get the most out of Social Security.

As a general rule, you can plan to safely withdraw about 4% of your savings balance each year in retirement and not risk running out of money. If you're looking at, say, a $1.5 million nest egg, that leaves you with roughly $60,000 of retirement income outside of Social Security, which means that, if you're willing to live a relatively modest lifestyle, you can afford to claim benefits a little early if you want the money sooner. But if you're dealing with a mere $200,000 savings balance, that translates into only $8,000 a year of income -- which means you'll want to grow your Social Security benefits to the greatest extent possible.

Of course, this formula has some wiggle room. If, for example, you're planning to work part-time in retirement, or rent out a portion of your home and generate income that way, you may not need to rely on your savings as heavily, which gives you more flexibility as far as Social Security goes. But if you're counting on those benefits to compensate for a lack of savings, then you should probably, at the very least, wait until full retirement age to claim them.

One interesting fact about Social Security is that it's designed to pay you approximately the same lifetime amount regardless of when you first file. While filing early will result in a reduction in payments, you'll also collect a greater number of payments -- and of course, the reverse applies with regard to filing late. However, that formula assumes that you'll live an average life expectancy.

If your health is poor, then it often pays to claim benefits as early as possible to avoid losing out on money in your lifetime. On the flip side, if your health is fantastic and you live a longer life than most, you'll come out ahead by holding off on benefits.

Of course, without a crystal ball, it's impossible to say how long you'll end up living. But your health can certainly serve as an indication of your life expectancy, leaving you with a pretty solid starting point in making your benefits decision.

3. Whether or not you're married

If you're married and your spouse never worked, he or she can still collect Social Security, thanks to the program's spousal benefits rule. In a nutshell, your spouse can collect up to half of your monthly benefit amount, so if you file for Social Security early and reduce your payments, your spouse stands to collect less money, as well.

Furthermore, if your spouse worked and is entitled to benefits of their own, there are different options you can play around with. You might, for example, have the lower earner, whether it's you or your spouse, file for benefits earlier on to generate retirement income, while the higher earner holds off and boosts his or her payments. Or you might both choose to file for benefits precisely at full retirement age depending on your needs, goals, and savings level. The point is that being married changes the decision process on when to file, so it pays to play around with different strategies, and see which make the most sense for you.

The decision to file for Social Security is no doubt complex. The more thought you put into it, the greater your chances of making the right choice and ultimately getting the most money out of it.