In the grand scheme of taboo subject matters, you wouldn't necessarily expect money to top the list. Yet a good 68% of Americans would feel more comfortable divulging their weight than revealing what's in their bank accounts, according to an Acorns survey. And when we dive more deeply into the survey results, it's easy to see why. Last year, almost 60% of respondents saved less than $99 per month, while 25% saved no money at all.

Though there is something to be said for maintaining a degree of privacy, the fact of the matter is that more people would probably be open to talking money if their finances were in better shape. So here's how to get there. 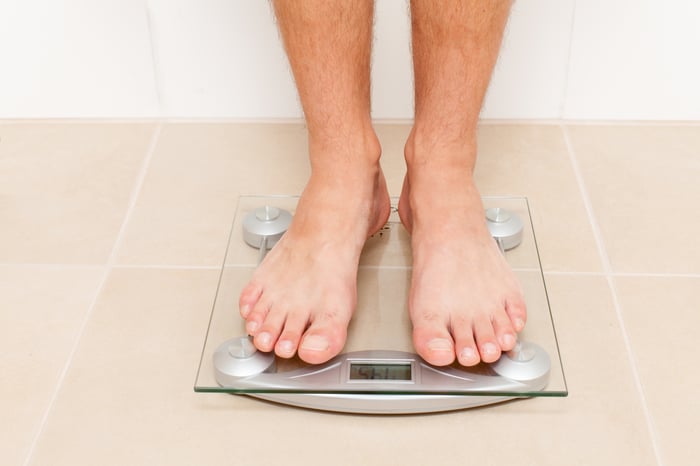 It's a sad statistic that 39% of U.S. adults have no savings to show for. If you're one of them, you'll need to start working on your emergency fund, which, ideally, should contain enough money to cover anywhere from three to six months' worth of living expenses.

Why the need for so much cash on hand? You never know when you might lose your job, get hurt, or encounter an unplanned expense your paycheck can't cover. Not having adequate savings on hand could easily drive you into costly debt, so a better bet is to work on building your cash reserves, even if it takes some time. Start by creating a budget to see where your money is going. Next, begin cutting nonessential expenses, like that gym membership you rarely use or those daily store-bought lunches you can easily make yourself. Finally, consider getting a side gig to drum up extra cash. The sooner you build some savings, the more content with your finances you're likely to be.

Get out of debt

U.S. credit card debt is now at an all-time high, with the average household owing a frightening $16,000. If you're carrying a credit card balance, paying it off should be your first priority once your emergency fund is in place.

The good habits we talked about above (budgeting, trimming expenses, working extra) will come in handy in this regard. Once you have a little extra cash to play with, identify your costliest debts (meaning, the ones with the highest interest rates), pay those off first, and work your way downward. You can also look into a balance transfer, which might not only make your debt payments more manageable but save you money in the process.

Set yourself up for the future

Nearly half of today's workers have no money set aside for retirement, according to data from the Economic Policy Institute. And that's a problem because Social Security won't be enough to cover the bills by itself. Rather, you'll need an additional income source to keep up with the numerous expenses seniors face, from housing to food to healthcare.

The good news, however, is that if you still have a number of working years ahead of you, you can easily make up for lost time. This particularly holds true if you have the option to participate in a 401(k), as these plans come with generous annual contribution limits -- $18,500 for workers under 50 and $24,500 for those 50 and over. Of course, most folks can't afford to part with that much cash, but watch what happens when you contribute $500 a month steadily over time:

As you can see, if you give yourself a decent investment window, you might retire with well over $1 million, and at a cost of just $240,000. That's quite the gain. Of course, it also assumes that you're dealing with an average yearly 7% return, but if you load up on stocks, that's more than doable. Even if you don't start setting money aside until your 40s, you still stand to retire with a decent sum provided you remain consistent.

If you're embarrassed by the state of your finances, it's time to start making changes to whip them into better shape. Whether you apply that same attitude to what's on the scale is a different story entirely.