Please ensure Javascript is enabled for purposes of website accessibility
Log In Help Join The Motley Fool
Free Article Join Over 1 Million Premium Members And Get More In-Depth Stock Guidance and Research
By Maurie Backman - Feb 6, 2018 at 6:48AM

Of the various ages folks can file for benefits, 62 is the most popular, by far. Here are some of the reasons why.

The decision to file for Social Security is a major one in the grand scheme of retirement, especially since you get an eight-year window in which to start taking benefits. Specifically, you can start collecting Social Security as early as age 62, and you can delay benefits up until age 70. (Technically, you don't have to file at 70, but there's absolutely no reason not to.)

But far more seniors opt for the former than the latter. In fact, 62 is currently the most popular age to sign up for benefits. And the reasons run the gamut from valid to downright misguided.

Filing for Social Security at 62 can be a wise move

One major reason why so many seniors rush to collect Social Security as early as possible is that they're desperate for the money. Countless workers neglect to save for their golden years independently, and when they're forced to retire sooner than expected, which is actually the case for an estimated 60% of workers, they often have no choice but to fall back on those benefits. 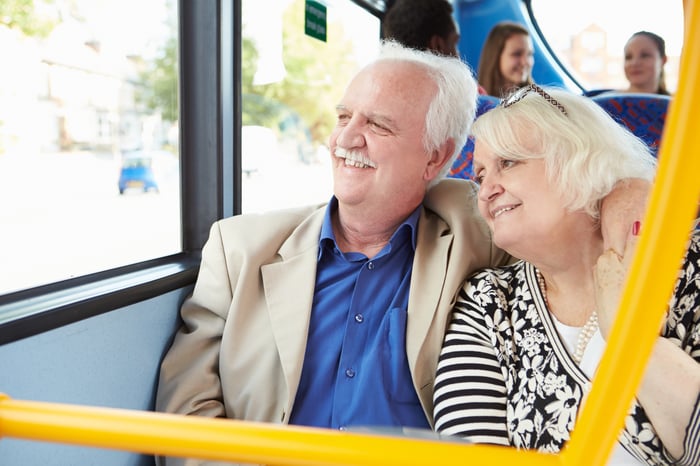 Of course, the problem with claiming benefits prior to full retirement age -- which, for today's workers, is 66, 67, or somewhere in between -- is that you'll face a reduction, as a result. But if you don't have another source of income and have bills piling up, it makes much more sense to tap those benefits than to take on costly credit card debt to keep up with your expenses.

Even if you're still working at age 62, if a major expense comes your way that you can't afford, you're better off using your benefits to pay for it than kicking off a dangerous debt cycle later in life. And that's not the sort of thing you want hanging over your head in retirement.

Another reason you might file for Social Security as early as possible? You don't need the money, but rather want the money to enjoy the earlier stages of retirement to the fullest. If you have a solid nest egg, and those benefits allow you to travel in your early 60s, when your health is relatively strong and your energy level relatively high, then it pays to take them when you want them. After all, you've earned them.

One final scenario in which it pays to claim benefits at 62 is if your health is poor, and you don't expect to live a long life. Social Security is actually designed to pay you the same lifetime benefit regardless of when you initially file. That's because any reduction in benefits you face by filing early is compensated for by a larger number of payments in your lifetime. This formula, however, assumes an average life expectancy; if your health says otherwise, you're better off filing for Social Security as early as possible.

It also can backfire

Clearly, some of the reasons seniors opt to take Social Security at 62 are not only valid, but smart. But there are certain circumstances where it doesn't pay to rush into taking benefits. One such scenario is if your health is great, and your savings are nonexistent. In this case, filing for benefits at 62 will constitute a double whammy, because not only are you likely to lose out on benefits in your lifetime as per the aforementioned formula, but you'll also put yourself in a situation where the income stream you're counting on heavily is slashed month after month.

Although Social Security is only supposed to provide about half of your retirement income, assuming you're an average earner with average expenses, countless seniors rely on those benefits to cover the bulk of their bills, as evidenced by their lack of savings. If you're one of them, then rushing to file for benefits at 62 is a bad idea, especially if you have the option to continue working at that point.

But here's, perhaps, the silliest reason why so many folks claim Social Security at 62: They're worried that the program is going broke. While it's true that Social Security is facing some fiscal challenges that, if left unaddressed, could result in an overall reduction in benefits down the line, the program is by no means running out of money. The earliest recipients will start to feel an impact, if that even happens, isn't for another 16 or so years. This means that Congress has more than a decade-and-a-half to come up with a solution to fix the program's eventual shortfall. If you don't have another compelling reason to file for benefits at 62, you're generally better off waiting.

The numerous seniors who claim Social Security at 62 clearly have their own reasons for going that route. However, if you're planning to do the same, think long and hard before following suit. Though filing early isn't always a bad idea -- in fact, it's sometimes a good idea -- taking benefits ahead of schedule, if you're not careful, could hurt you financially for many years to come.