We hear a lot about how Americans are unprepared for retirement, and it seems like members of Generation X -- workers in their late 30s to early 50s -- are no exception. The median retirement savings balance among Gen Xers is just $35,000, according to recent data from Allianz. Incidentally, that's the same level millennials have achieved.

And that's precisely the problem: Gen Xers should be way ahead of their younger counterparts, and have well more than $35,000 set aside at this stage of life. And if they don't start ramping up their savings, they're going to come up short in the future. 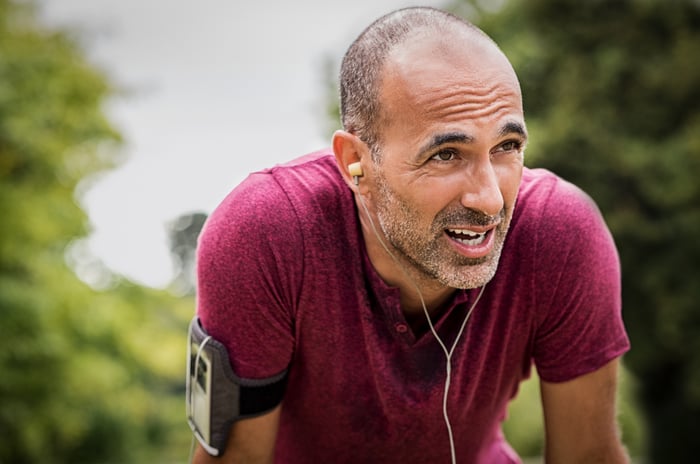 You'd think that Gen Xers would be outsaving millennials, since they're more likely to be advanced in their careers and earning higher salaries. But Gen Xers also have their share of expenses to contend with, like mortgage payments, child care expenses, and credit card debt. In fact, adults in their mid-40s to mid-50s have higher levels of credit card debt than any other age group.

But perhaps another part of it boils down to an overreliance on Social Security. Countless workers neglect to save for retirement with the intent of falling back on those benefits. But the ability to live off Social Security alone is nothing but a dangerous myth. In a best-case scenario, Social Security will cover about half of the average retiree's expenses, assuming we're talking a modest lifestyle. That leaves workers to tackle the remaining half -- and without savings, that's apt to be a challenge.

Gen Xers need to do better

So how much should the typical Gen Xer have saved for the future? According to Fidelity, workers should have about three times their salary socked away by age 40, four times their salary by 45, and six times their salary by 50. Those are some solid benchmarks to follow. Since the median income for U.S. employees is somewhere in the ballpark of $51,000, it's safe to say that Gen Xers with just $35,000 set aside have some serious catching up to do.

The good news? They also have time to build wealth. Unlike baby boomers, who are rapidly nearing retirement, even the oldest Gen Xers have a solid decade and a half to boost their savings, and that assumes they aren't willing to extend their careers. Meanwhile, those in their late 30s and early 40s are looking at roughly three decades in which they can save. The key, however, is to do so immediately.

Now, if you're already putting money into an IRA or 401(k) but haven't accumulated much of a nest egg at this point, then you'll clearly need to increase your savings rate. This might mean socking away an extra $50 a month, and working your way up over time. But if you commit to putting money away steadily, you stand a strong chance at salvaging your retirement, even if your savings to date aren't stellar.

Check out the following table, which highlights this very point:

These numbers, mind you, are on top of any amount you already have saved. Of course, these calculations make two assumptions -- that you're willing to work until 70, and that your investments generate an average yearly 8% return. But let's be clear: Given today's life expectancies, working until age 70 isn't unreasonable, and if you invest heavily in stocks, you're likely to achieve that 8% return, since it's actually a bit below the market's average.

Of course, if you don't like the way the above numbers look (say, you're already 50, have $35,000 in savings to date, and want to retire with more than $255,000 total), you'll need to increase your monthly contributions. It's that simple. But here's how those ending numbers might look if you double the amount you're putting into savings each month:

The takeaway here is that even if you're behind on savings, you can still amass enough wealth to buy yourself a comfortable retirement lifestyle. Just don't make the mistake of waiting too long to start doing better.