You'd think the college bubble would've shown signs of bursting by now, but not so much. Last year, tuition costs rose again, making the cost of higher education all the more burdensome. The problem has gotten so bad, in fact, that even higher earners are struggling to keep up with those costs.

It's no wonder, then, that such a large number of parents take it upon themselves to save for college on behalf of their kids. But at the end of the day, many of them aren't pleased with their efforts. In fact, roughly 44% of parents feel guilty that they didn't set more money aside for their children's education, according to a new survey by Student Loan Hero. 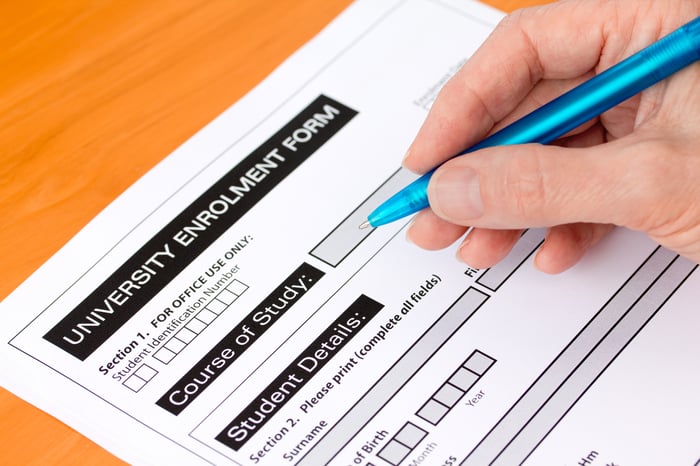 If you're displeased with your college savings efforts thus far, there are steps you can take to do better. And the sooner you do, the less guilty you'll feel.

Eking out more money for savings

It's hard to set aside money for college when you have bills to pay -- and all of us do. Throw in the fact that there also is retirement to consider, and it's not surprising that countless parents wind up saving less than they'd like to after all is said and done.

That said, if you're willing to cut some expenses, even temporarily, you might pad that college account just enough to help your children avoid massive loans. So take a look at your budget, or create one if you've yet to do so, and identify spending categories with wiggle room. While you can't snap your fingers and lower your mortgage payment, you can cut back on clothing purchases, restaurant meals, or the cable package whose premium channels you rarely watch. Scaling back on expenses to the tune of even $100 per month could go a long way in helping you boost your college savings, so don't discount the importance of small changes.

Of course, setting money aside for college is just half the battle. To really grow that college fund, you'll want to house your savings somewhere outside the bank. That's because a savings account today will pay 1% interest if you're lucky, and over time, that's not nearly enough to keep pace with college-related inflation. And don't forget that you'll be taxed on bank account interest, too. On the other hand, if you invest your money in a 529 plan or Roth IRA, you'll potentially see seven times that return and reap other tax benefits, to boot.

First, let's review 529s, which allow you to contribute money to be used for qualified higher-education expenses. The benefit of a 529 plan is that the cash you put in gets to grow tax-free until you're ready to use it. Keep in mind that the money you put into a 529 isn't tax-free; you'll still pay taxes on your contributions. But as long as you use that money for college, you won't pay a dime in taxes on its growth. Furthermore, most states offer their own tax breaks for funding their 529 plans, which means you might reap some additional savings there.

The one drawback of a 529 is that, if you don't use the money for qualified higher education, you might face a 10% penalty -- but that only applies to your gains, not your initial contributions. Still, if you'd rather have the most flexibility, you can save for college in a Roth IRA instead. Though Roth IRAs are traditionally used for retirement savings, the beauty is that you can access that money for college without penalty. (Technically, you can withdraw your principal contributions for any reason at all without penalty.)

As in a 529 plan, the money in your Roth IRA will grow tax-free, so your ending balance is yours to keep without having to worry about taxes. The only hiccup you might face in funding a Roth is if you earn too much to contribute directly. If that's the case, you can always fund a traditional IRA, covert it to a Roth, and reap that same set of tax benefits.

If you're saving money for college at all, you should give yourself a pat on the back for effort, since it's not easy. That said, if you're looking to do better, making small budgetary changes and saving efficiently will get you much closer to your goals. And hopefully, that'll be one less thing you'll have to feel guilty about.