As someone who writes about personal finance for a living, it's my job to tell people that saving independently for retirement is an absolute must. But apparently, younger workers aren't getting the memo. In fact, 66% of millennials have no money saved for their golden years, according to new data from the National Institute on Retirement Security.

But here's the kicker: It's estimated that two-thirds of millennials work for a company that sponsors a retirement plan, yet only about half that many younger employees opt to participate. All told, only 5% of millennials are saving appropriately for retirement, which means the bulk of younger workers risk coming up short once their careers draw to a close. 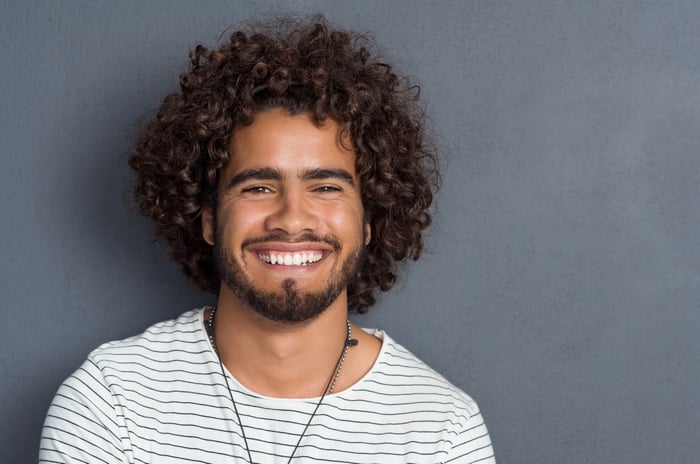 You need your own savings

If you're years away from retirement, you may be wondering what the savings-related fuss is all about. After all, isn't that what Social Security is for?

Well, I've said it once, and I'll say it again: Social Security will not provide enough income for you to live off. In a best-case scenario, it'll cover about 40% of your former earnings. But once you stop working, you'll need more like 80% of your pre-retirement income to pay the bills, assuming you're OK with leading a relatively modest lifestyle. If you're one of those people who plans to travel the globe in retirement, you can throw that 80% target out the window and replace it with a much higher figure.

And that's why you need to take savings matters into your own hands rather than rely solely on Social Security. Also, don't forget that the future of those benefits is questionable at present. Will they be around by the time you retire? Yes. Will they have the same buying power they do today? Probably not. So don't take those benefits for granted. Instead, step it up and start socking money away today.

How much of your income should you set aside for the future?

Hopefully, by now I've convinced you to start saving if you haven't begun doing so already. The question is: How much of your income do you need to set aside? The truth is that it really depends on your personal retirement goals. At a minimum, you should aim for 15% of each paycheck. But whether you need to up that target to 20% or even 25% depends on the lifestyle you wish to lead in retirement. If you're a low-key person who does fine on less, then you're probably OK with 15%. But if your goal is to enjoy the good life, you'll want to aim higher.

The good news, however, is that if you start saving right away, you'll not only make up for lost time, but quite possibly amass a nest egg that's larger than you ever could have imagined. Check out the following table which shows how much you stand to retire with depending on how much of your paycheck you're willing to give up at present:

As you can see, the more you're willing or able to set aside, the more impressive that second column gets. And if you're wondering about that 7% average yearly return, it's actually a few points below the stock market's historical average. If you were to earn an average annual 9% return, which more closely represents the stock market's potential, and set aside $1,500 a month over 40 years, you'd have over $6 million to play with in retirement. And if that doesn't convince you to max out your 401(k), I don't know what will.

Though it's easy to picture retirement as a carefree period of life when you're younger, the fact of the matter is that many of today's seniors are struggling to pay the bills. If you want to avoid that fate, start putting money away. If your employer doesn't offer a 401(k), save in an IRA instead; you can open one through any brokerage firm. Either way, the key is to stop procrastinating and start taking action -- immediately.