Social Security serves as a key source of income for millions of retirees, and the age at which you first claim those benefits most definitely makes a difference. If you file for benefits at what's considered full retirement age, or FRA, you'll collect 100% of your full monthly benefits. For today's workers, FRA is either 66, 67, or 66 and a number of months. But you're allowed to claim benefits as early as age 62, which, incidentally, is what the majority of seniors opt to do.

Now for the purpose of our discussion, filing for benefits early means doing so before reaching full retirement age, and there's a downside to going this route: For each year you take benefits ahead of schedule, you'll lose a portion of those payments. For example, if you're entitled to a full monthly benefit of $1,600 at an FRA of 67, and you file at age 62 instead, you'll reduce each payment you collect to $1,120. And that could amount to a lot of lost money in your lifetime. 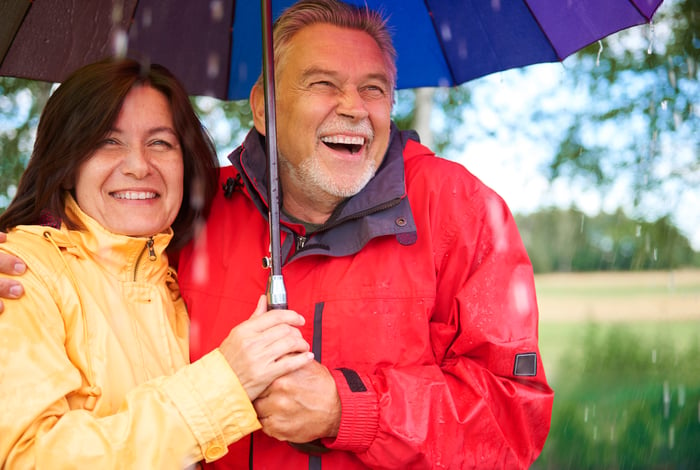 That said, there are certain scenarios where it pays to file for benefits early. If the following apply to you, you might consider signing up for Social Security before full retirement age.

Maybe you planned on staying at your job until full retirement age or beyond. But what happens if you're forced to leave that job sooner than expected, whether because of health issues or downsizing within your company?

Such a scenario is highly likely. In fact, 60% of seniors end up retiring earlier than planned for these and other reasons. Therefore, if you find yourself out of work before reaching FRA, and you don't have enough money to pay the bills in the interim, then it's wise to access your Social Security benefits before attempting to cover your living costs using credit cards. The interest you'll accrue will likely outweigh any reduction in benefits you face in the long run, especially if you wind up carrying that balance throughout your entire retirement, which is a possibility you can't discount.

One lesser-known fact about Social Security is that the program is designed to pay you the same total lifetime benefit regardless of when you first file. That's because any reduction you face by signing up early will be offset by the greater number of individual payments you receive. This formula, however, assumes that you'll live an average life expectancy. If you pass away sooner, however, you'll generally lose out on money in your lifetime by not claiming those benefits earlier.

In our example, we saw how filing five years early could take a $1,600 monthly benefit down to $1,120. Clearly, that's a big reduction. Now if you live until roughly 78 1/2, you'll wind up with the same lifetime benefit in both filing scenarios (taking benefits at 62 versus 67). But if you pass away at age 75, you'll come out roughly $21,000 ahead by virtue of having filed as early as possible.

Now without a crystal ball, it's impossible to know when you'll pass away, and it's certainly a concept that's uncomfortable to think about. But from a financial perspective, you're better off being honest about the state of your health, and if it's not looking up, you'd be wise to claim your benefits as soon as you're eligible.

3. You want to enjoy your retirement while you're younger

It stands to reason that you'll have more energy to travel and pursue hobbies in your early 60s than in your early 70s. Therefore, if you've saved enough money independently to cover your living expenses, and are planning to use your Social Security benefits primarily to pay for leisure, then you might as well access that money at a time when it'll do you the most good. By claiming benefits at 62 rather than, say, 67, you'll have five extra years to enjoy the experiences you've been waiting on your entire life. And frankly, that's what you deserve after decades of hard work.

Of course, this isn't to say that filing for Social Security early is a smart move across the board. If your savings are lacking, your health is great, and you expect your benefits to pay for a large chunk of your basic needs, then losing a portion of that income could hurt you in the long run. But if any of the scenarios discussed here apply to you, you might consider taking your benefits ahead of schedule, even if that means getting less cash out of Social Security each month.