Please ensure Javascript is enabled for purposes of website accessibility
Log In Help Join The Motley Fool
Free Article Join Over 1 Million Premium Members And Get More In-Depth Stock Guidance and Research
By Maurie Backman – Apr 2, 2018 at 6:02AM

Younger workers are shying away from stocks -- and hurting themselves in the process.

We're used to hearing bad news on the retirement savings front, given the number of Americans who are currently unprepared. But millennials may be bucking an otherwise dangerous trend. A good 71% of younger workers are saving for retirement, either in a 401(k) or another dedicated plan, according to Transamerica. And 39% of millennials are currently putting away more than 10% of their income for the future.

But when it comes to investing, younger savers still have some work to do. It's estimated that 42% of millennials invest too conservatively for retirement, according to Fidelity. A Charles Schwab study revealing that younger workers hold 25% of their investments in cash further drives home this point, and according to Transamerica, 20% of millennials have most of their retirement portfolios invested in bonds, money market funds, or other such stable investments. 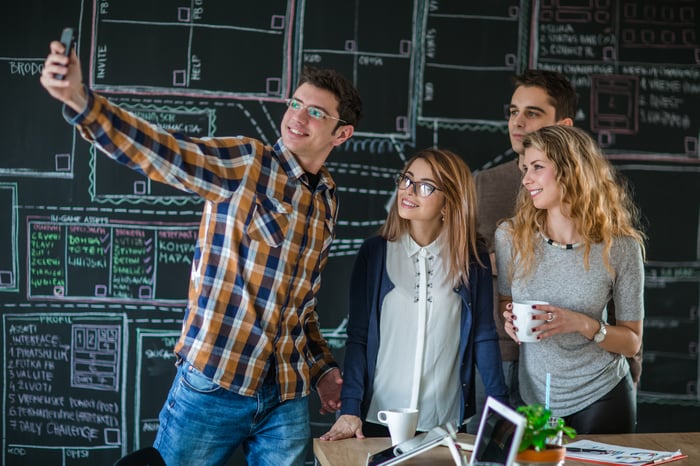 Here's the problem, though: Avoiding stocks when you're younger is an ineffective way to grow your wealth in time for retirement. And the sooner you realize that, the better positioned you'll be to start investing more appropriately for your age.

Why do younger workers tend to stay away from stocks? For 66% of those aged 18 to 29, it boils down to fear. But there are a few things you need to realize about the stock market. First, historically speaking, it's spent more time being up than down. Second, it's always been volatile, so much so that said volatility is pretty much predictable. Between 1965 and 2015, the S&P 500 underwent 27 corrections wherein it lost 10% or more of its value, but ultimately, it recovered from each and every one. Anyone who invested on a long-term basis during that period and didn't react to market downturns would've therefore come out ahead financially.

And that leads to the next point: When you're younger, you're in a prime position to ride out the market's ups and downs. The folks who tend to lose money in the stock market are those who are looking to make a quick buck and rush to sell off their investments the minute their portfolio values drop. But if you commit to holding your stocks over time, you're much more likely than not to come out a winner.

With all of that in mind, here's why you really need stocks in your retirement portfolio: Without them, your savings are unlikely to keep pace with inflation. Remember, a dollar today won't have the same buying power in 30 or 40 years. If you don't invest in a manner that allows you to keep up with or outpace inflation, you're going to lose out as a senior -- big time.

To what extent will stocks make a difference? Check out the following table, which shows how your retirement savings might fare over time depending on your investment strategy:

You can't help but notice the difference between an aggressive, stock-focused strategy and those that are more conservative in nature. If we look at both ends of the spectrum, you stand to retire with $715,000 more by going heavy on stocks, as opposed to playing it safe with cash.

And speaking of playing it safe, sticking with cash or less risky investments in your nest egg is anything but. Yes, you're less likely to see your portfolio drop in value during your working years, but once you retire, you may not have enough money to cover your bills. And that sounds like a pretty risky prospect, no?

Intimidating as the stock market might be, it's probably your one ticket to a secure retirement. So if you'd rather your savings efforts not go to waste, load up on stocks when you're younger, and get ready for a bumpy yet rewarding ride. You'll be thankful you did eventually.