Please ensure Javascript is enabled for purposes of website accessibility
Log In Help Join The Motley Fool
Free Article Join Over 1 Million Premium Members And Get More In-Depth Stock Guidance and Research
By Maurie Backman – Apr 4, 2018 at 7:18AM

Sometimes, it pays to file as early as possible.

There's a reason more seniors claim Social Security at 62 than at any other age -- it's the earliest point at which you're allowed to access those benefits. There's just one problem with going this route. For each year you file for Social Security ahead of your full retirement age, you'll reduce your benefits so that you wind up with less income from the program each month. For example, if your full retirement age is 67 (which is the case if you were born in 1960 or later) and your full monthly benefit amount is $1,500, you'll lower that figure to $1,050 by filing at 62.

That said, there are certain circumstances under which it pays to take that hit on benefits and gain access to your money sooner. Here are a few reasons why filing for Social Security at 62 makes sense. 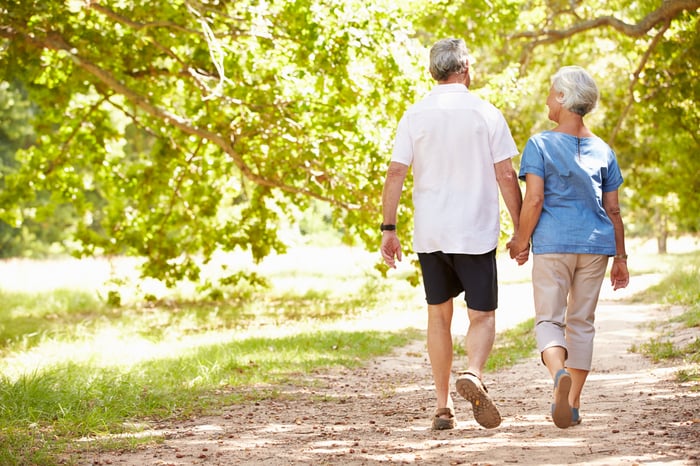 1. You were forced to retire sooner than planned

Most of us picture ourselves leaving the workforce at our own pace. But you may not get the option to work as long as you'd think. In fact, an estimated 60% of seniors wind up forced into early retirement, and the reasons run the gamut from health issues to layoffs. If that's the case, and you don't have enough savings to cover your living expenses, then you might as well file for benefits and get access to the cash you need. Otherwise, you'll risk racking up costly credit card debt or resorting to other such extreme measures at a time in your life when you'll likely struggle to recover.

2. Your spouse has benefits he or she can wait on

Maybe you need extra money at present, or just plain want some additional income to pay for leisure activities you can enjoy while you're younger. The problem with taking Social Security at 62, as we just learned, is that you'll face a reduction in benefits. But if you have a spouse who's entitled to benefits based on his or her work record as well, you may not end up taking such a bad hit overall by filing early. That's because while you claim benefits at 62, your spouse has the option to delay benefits past full retirement age, thereby increasing them by 8% a year up until age 70.

3. It won't really hurt you financially

The only reason not to claim Social Security early is to avoid a reduction in benefits. But filing at 62 may not cause you to lose out financially in the long run. That's because Social Security is designed to pay you the same lifetime benefit regardless of when you initially file. The logic is that while filing at 62 will slash your payments, you'll also collect more payments in your lifetime. Therefore, if you live an average life expectancy, you'll probably come out with roughly the same amount of money regardless of whether you file at 62 or whether you wait until full retirement age.

Of course, there are certain scenarios in which filing for Social Security at 62 is a bad move. If you're low on savings, are still working, and don't need the money right away, then you might as well grow that benefit so that you have more income available once you retire. Granted, you might break even as per the above scenario, but if you wind up living a longer life than expected, you'll come out ahead by waiting. On the other hand, filing for benefits as early as possible isn't necessarily the irresponsible idea many folks make it out to be, so if you decide that 62 is the right age for you to claim Social Security, don't sweat it too much.