Social Security serves as a key source of income for millions of retired seniors, and as an eligible worker, you get an eight-year window to start taking benefits. Here are the various ages at which you might claim Social Security, and their impact on your benefits.

Age 62 is the earliest point at which you can file for Social Security, and it's also the most popular age for seniors to claim benefits. The advantage of filing at 62 is that you get your money sooner. The downside, however, is that you'll face the greatest reduction in benefits by going this route. 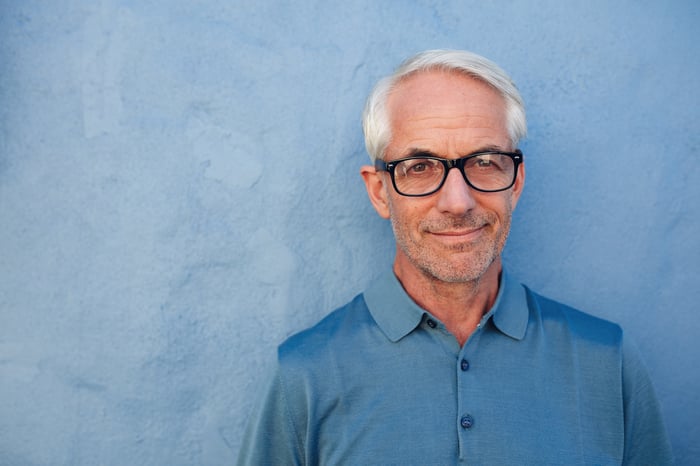 If you're entitled to a full monthly benefit of $1,500 at age 67, for example, then filing at 62 will knock each payment you collect down to $1,050. That said, if you're unemployed come 62 or need the money for another reason, you're better off taking benefits than resorting to credit card debt.

Filing for Social Security at 63 still means taking benefits early and having them significantly reduced. Still, if you're desperate for cash, it often pays to take that hit, which won't be quite as bad as it would if you were to file at 62. Using our example above, a $1,500 benefit at age 67 would be whittled down to $1,125 at 63 -- not ideal, but better than collecting just $1,050.

Claiming Social Security at age 64 will also result in a sizable reduction in your full monthly benefit. But it won't be as drastic as filing at an earlier age. In the case of a $1,500 benefit at 67, you'd only lose about 20% by filing at 64, thereby resulting in a $1,200 monthly payment.

Once you turn 65, you're eligible for coverage under Medicare. As such, some people get confused and assume that 65 is the age at which they're able to collect their Social Security benefits in full. Not so. Still, if you retire at 65 once Medicare kicks in and decide to file for benefits simultaneously, you won't face such an extreme reduction. Following the above example, a $1,500 monthly benefit at 67 would only be reduced to $1,300 at 65.

Age 66 is a significant one from a Social Security standpoint because it's when workers born between 1943 and 1954 reach full retirement age and are thereby eligible to collect their monthly benefits without a reduction. Your full retirement age is a function of your year of birth, as follows:

If you were born in 1960 or later, this is perhaps the age you've been waiting for, since it's when you get to take your monthly benefits in full. In our example, age 67 is when you'd get that $1,500 we keep talking about. That said, you don't have to file for Social Security at full retirement age. You can hold off and grow your benefits for a higher monthly payout.

Though 68 is hardly a common age for taking Social Security, it's a strategic one nonetheless. That's because for each year you delay your benefits past full retirement age up until age 70, you get an 8% boost in payments, which, in our ongoing example, would take a full monthly benefit of $1,500 at 67 up to $1,620 at 68. That increase then remains in effect for the rest of your life. Of course, not everyone wants or can afford to hold off on benefits all the way until 70, but waiting until 68 is a decent compromise -- you get a modest boost without having to wait too long.

Age 69 is a good time to take your benefits if you don't need them sooner. Doing so will boost our aforementioned $1,500 benefit to $1,740, thus guaranteeing a higher payout for as long as you collect Social Security.

The credits you accrue for delaying benefits past full retirement age stop accumulating once you reach 70. Therefore, it's considered the latest age to file for Social Security. Granted, you don't have to sign up for benefits at that time, but there's really no financial incentive not to. If you're dealing with a full retirement age of 67, filing at 70 means boosting your benefits by 24%, which would turn a $1,500 monthly payment into $1,860 -- for life.

Which of the above ages is the right one for you to take benefits? It depends on a host of circumstances, from your savings level to your employment status to the state of your health. The key is to understand the pros and cons of filing at various ages so you land on the one that works best for you.