Today's workers are confident in their savings habits -- but they're also dangerously misguided.

If there's one thing workers across all earnings levels fear, it's running out of money in retirement. It therefore stands to reason that boosting one's savings can lower the risk of meeting this unwanted fate.

Now the good news is that 65% of Americans are confident they're saving enough for the future, according to new data from Capital One's 2018 Financial Freedom Survey. But when we dig deeper into what workers think constitutes a healthy savings strategy, things get a lot less rosy.

An estimated 39% of workers believe they should be setting aside 15% or more of their income for retirement -- and they're absolutely correct. But that means the majority of Americans feel a lower percentage will suffice, and those are the folks who risk not saving enough. Specifically, another 39% of U.S. adults think 5.1% to 15% is the sweet spot, while 10% of Americans think 3.1% to 5% is acceptable. 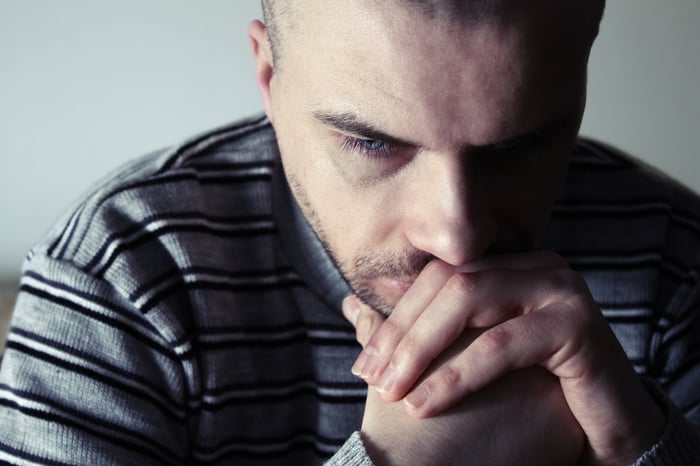 This isn't to say that there isn't a little wiggle room with that 15% or more figure. But those who lean toward the 5%-mark or less regarding savings risk falling short when they're older. And that's not a risk they can afford to take.

How much do you need to retire comfortably?

Many workers make the assumption that their living costs will go down in retirement. But other than commuting, the bulk of your bills are likely to stay mostly the same and a few might even go up. Take food costs, for example. Just because you're retired doesn't mean you don't need to eat, so there's no reason to think your grocery bills will drop once your career ends. The same holds true for your heat, electricity, and water bills -- in fact, these expenses might rise if you're home more often.

Healthcare and leisure spending also are apt to climb in retirement. The average 65-year-old male today will spend a projected $189,687 on medical care in retirement, and that number climbs to $214,565 for the average 65-year-old female, since women tend to live longer. Furthermore, since retirement means having more free time on your hands, you're likely to spend more on entertainment to avoid growing bored and restless.

All of this means one thing: You'll need a nice amount of income to cover the bills when you're older, and a mere 5% annual savings rate probably won't cut it, even over a substantial savings window.

You need to do better

Imagine you earn a $60,000 yearly salary over the course of your career and save 5% annually over a 30-year period. Invest that money at an average annual 7% return and you'll have $283,000 available to spend in retirement. That's not a bad total at first glance, but if we apply a 4% yearly withdrawal rate from savings, which has long been the standard, that gives you just $11,320 in annual income, or $943 a month. Even if we add another $1,404 per month in Social Security income, which is what the average recipient collects at present, that's still just $2,347 to cover all of your living costs each month, or $28,168 a year.

While it's good that so many Americans feel optimistic about their savings ultimately holding up in retirement, many are headed for trouble based on the way they're actually saving. If you've been setting aside far less than 15% of your income to date, it's time to rethink your strategy and start ramping up. Otherwise, you may be in for one whopping disappointment at the worst possible time in your life.