When we think about retiring, we like to imagine ourselves kicking back and snagging a piece of the good life. Unfortunately, things don't always shake out that way.

In fact, 26% of seniors retired for 10-plus years and 27% of recent retirees say their lives are worse now than they were during their working years. That's the latest from the new Nationwide Retirement Institute study, which also found that 75% of recent retirees blame a lack of income for their negative feelings. Meanwhile, 85% of long-term retirees cite high living costs as a detriment to enjoying their golden years.

If you want to avoid finding yourself similarly dissatisfied with retirement, you'll need to take steps to ensure a healthy income stream. And that means saving aggressively during your working years and not relying too heavily on Social Security. 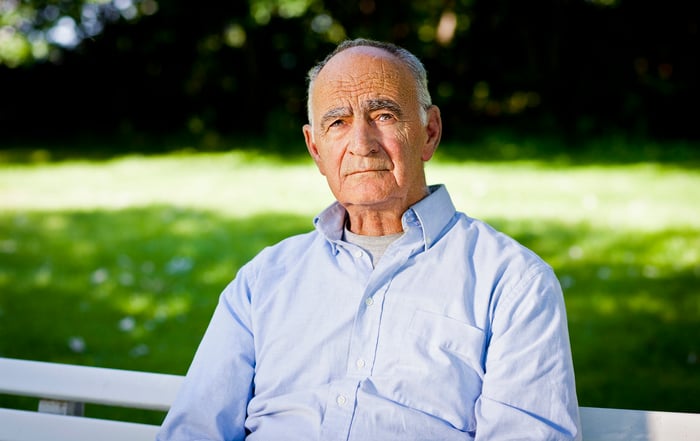 A big reason why so many seniors struggle in retirement is that they assume Social Security will cover the bills, and therefore don't save when they're younger. But that's just one of many misconceptions about Social Security that can hurt you.

Contrary to what you may have been led to believe, you cannot live on Social Security income alone. At best, those benefits will replace about 40% of the average worker's pre-retirement income, but most seniors need roughly double that amount to keep up with expenses.

Furthermore, Social Security has, at least in recent years, been doing a poor job of keeping up with inflation. Annual cost-of-living increases over the past half-decade have been minimal or nonexistent, and what little extra money seniors manage to get going forward likely will be swallowed by rising Medicare premiums before it lands in their pockets.

Therefore, relying on Social Security by itself to pay the bills in retirement is essentially setting yourself up to be miserable and financially stressed. And frankly, you deserve better.

If you'd rather make the most of your golden years rather than stress your way through them, you'll need to do some serious saving during your career. If you're younger, you have a clear advantage: time. That's because the longer your savings window, the more you'll get to benefit from compounding.

Here's how that might work. Imagine you give yourself 30 years to save for retirement and commit to socking away $500 a month. At the end of that period, you'll have put $180,000 into your retirement plan. But if you invest that money heavily in stocks and score an average annual 7% return, which is actually a couple of points below the market's average, you'll wind up with about $567,000 to work with. That's a $387,000 gain.

If you wait longer, however, you won't benefit quite as much from compounding. You'll still grow your savings, but the results won't be nearly as impressive.

Now, if you're wondering where the money to save will come from, it's simple: Cut back on expenses and stash whatever cash you don't spend in your retirement plan. Will that take work and discipline? Yes. Will it be worth it in the long run? Yes.

Remember, you don't necessarily need to make drastic changes to drum up some decent retirement savings. If you drive an ordinary car instead of a luxury vehicle, limit the extent to which you dine out, and cancel the pricey gym membership you rarely use, you might free up $500 a month in your budget to put away for the future.

Another option? Look at a side hustle, which might allow you to generate extra income without having to sacrifice some of the indulgences you've come to enjoy in your day-to-day life.

No matter what steps you take to save for retirement, make it a priority to avoid winding up miserable and cash-strapped down the line. Otherwise, you might come to find yourself in a rather sorry state when your golden years roll around.