We hear a lot about how seniors today are struggling to make ends meet, yet new data from United Income tells us that that retirees are doing better financially at present than ever before. In the past 30 years, average wealth among retirees has increased by more than 100% and now holds steady at $752,000. The bulk of that wealth, meanwhile, is held in financial accounts (as opposed to, say, mortgage-free homes), leaving it easily accessible to serve as an income stream for seniors to use as they wish.

Now to be clear, retiring with $752,000 hardly constitutes retiring rich. When we apply a 4% yearly withdrawal rate (which has long been the standard) to that savings balance, we arrive at an annual income of roughly $30,000. That's not a whole lot, even when we add Social Security benefits back into the mix. The average recipient today collects a little less than $17,000 per year, which means that all told, we're talking about $47,000 of annual retirement income. 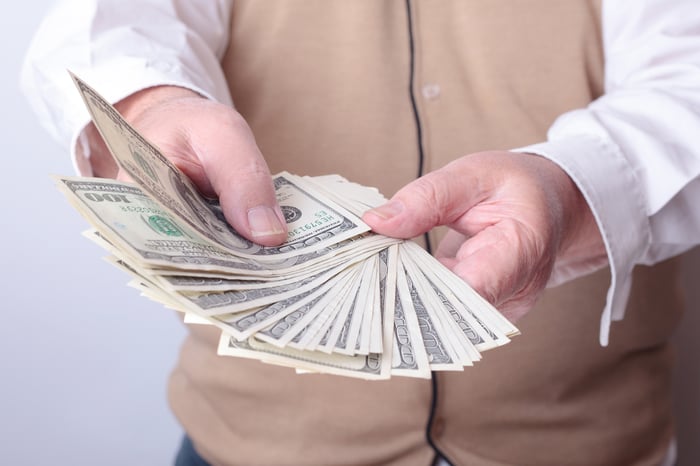 Therefore, while it's encouraging to see that seniors today have more wealth than their predecessors, those looking to enjoy the good life in retirement will probably need to do better. Furthermore, when we consider that the typical senior might spend a quarter of a $752,000 nest egg on healthcare alone, that paints a very different financial picture.

If you're looking forward to a secure retirement, whether it's 10, 20, or 30 years away, the point is this: You'll be helping your cause by saving as much as you possibly can during your working years. And if you've yet to begin funding a retirement plan, now's the time to get moving.

How much wealth might you accumulate in time for retirement?

The ability to build wealth for retirement hinges on a couple of things: discipline and wise investing. It's much easier to justify spending down your paycheck month after month than to force yourself to set aside a portion for the future, but if you really want to retire in comfort, you'll need to stick to the latter.

Then there's the investing end. For many people, the idea of losing money is so worrisome that they limit themselves to conservative investments which ultimately do a poor job of growing wealth. If you really want to build a solid nest egg, you'll need to not only save consistently, but invest heavily in stocks, which have historically delivered much higher returns than safer investments like bonds.

The good news, however, is that if you give yourself a lengthy savings window to work with, you won't have to set aside that much money each month to reach a decent savings total. Check out the following table, which shows what saving just $500 a month might do for you over time, assuming you simultaneously invest the bulk of your money in stocks:

As you can see, the longer your savings window, the greater the outcome. Furthermore, you should know that the 7% average return referenced above is actually several points below the stock market's average, so if you go heavy on stocks, you might see an even better result.

Now if you're older and don't have many years to save for retirement ahead of you, it's pretty clear that a smaller monthly investment just won't cut it. But if you're able to do better, you can pull off a giant nest egg even if you're not starting with a whole lot.

If you want a shot at retiring comfortably, you'll need to take savings matters into your own hands. The fact that seniors today are wealthier than in years past isn't a function of mere luck, so if you want to enjoy your golden years without being bogged down by financial worries, prioritize your nest egg while you still can.