Many workers look forward to retirement and the more laid-back lifestyle it allows for. But if you retire before you're actually ready, you could wind up majorly regretting that decision. With that in mind, here are a few signs that you're not actually prepared to retire -- even if you think you are.

Maybe you're sitting on a nest egg with several hundred thousand dollars and are thinking you're in good shape for retirement. But while, say, a $300,000 savings balance is nothing to scoff at, it most likely won't buy you the retirement lifestyle you're hoping for.

For years, financial experts have been suggesting a 4% annual withdrawal rate from savings during retirement. Withdrawing roughly 4% of your nest egg each year is, based on historical data, likely to make it last for 30 years. But if you apply a 4% withdrawal rate to a $300,000 savings balance, that only gives you $12,000 a year, which is hardly enough to live on. 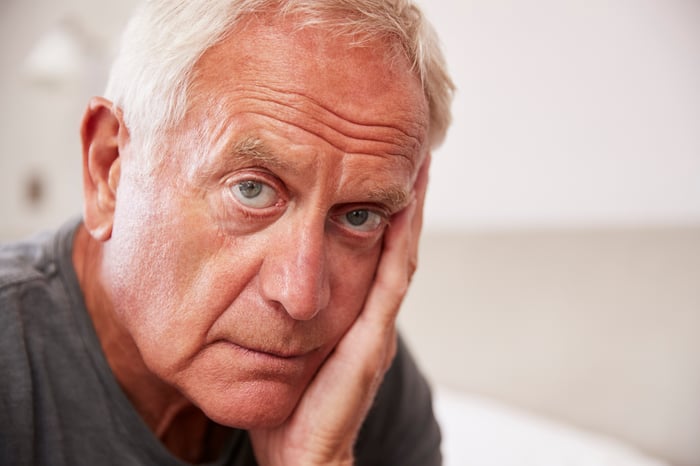 Even if you add Social Security to the mix, it's still not a whole lot of cash. The average recipient today collects just under $17,000 a year in benefits, which means that coupled with $12,000 from savings, you'd be looking at about $29,000 a year to cover your senior expenses. Even if you're willing to live frugally, that probably won't be enough, especially when we factor in healthcare.

Before you pull the trigger on retirement, figure out what sort of annual income your savings allow for. You may be unpleasantly surprised to see that a seemingly impressive balance doesn't give you a whole lot of money to work with on an annual basis, in which case you'd be wise to consider postponing retirement until you've built up additional reserves.

2. You worry you'll miss your job

Numerous workers hate their jobs and can't wait to leave them for good. But if the idea of not coming into the office doesn't sit well with you, it's a sign that you're probably not ready to leave your career behind. If that's the case, then why rush to retire if you have the option to keep working?

Working longer has numerous benefits. First, the more years you spend on the job, the more opportunity you get to add to your nest egg. Along these lines, working longer will reduce the number of years during which you're dipping into your savings, thus giving you more flexibility to withdraw at a higher rate in retirement. Working longer might also allow you to hold off on filing for Social Security, thus growing your benefits. And some studies have shown that working longer can actually lead to a longer life (though incidentally, that won't help from a savings perspective, since the longer you live, the more money you'll end up needing).

3. You have no idea what you'll do with your time

Retirees are 40% more likely than workers to fall victim to depression, and a big part of that boils down to not having meaningful ways to occupy their time. If you don't have any major hobbies, and have no idea what you'll do with yourself once you no longer have a job to go to, it's an indication that it may be too soon to retire. The last thing you want to do is leave your job and spend your days sitting around growing increasingly bored and restless, so even if you can afford retirement from a financial perspective, if you don't have a plan for it, you risk winding up miserable.

Retirement can be a wonderful stage of life if you're prepared for it emotionally and financially. But if your savings aren't up to snuff, you're hesitant to leave your job, or you don't know how you'll spend your new newfound free time, you may be better off waiting to retire until you resolve those issues. It's a far better bet than jumping the gun and bemoaning that decision later on.