Running out of money in retirement is such a major concern that many workers fear it more than death itself. And while aggressively funding an IRA or 401(k) during your working years will help lower your risk of depleting your savings in your lifetime, it won't guarantee that you don't wind up strapped for cash when you're older.

An annuity, on the other hand, can help eliminate that risk. An annuity is a contract between you and an insurance company. With an annuity, you're essentially paying a lump sum of money in exchange for guaranteed payouts for life. Those payments might start right away or begin at some point in the future. 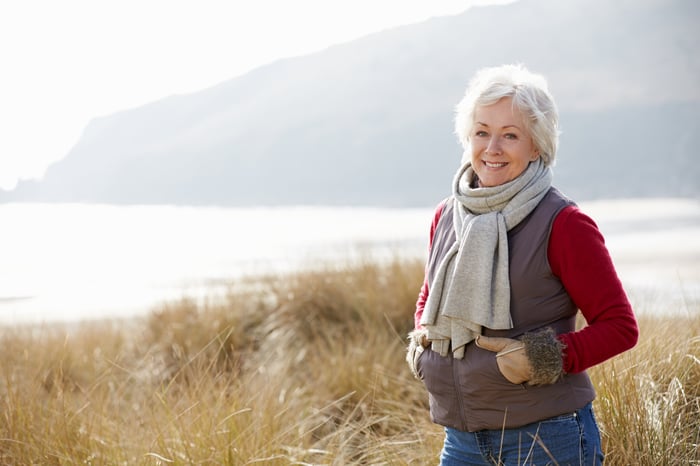 Sounds like a pretty good deal, right? Not necessarily.

While annuities are a smart investment in theory, there's a reason they tend to get a bad rap. For one thing, they can be awfully confusing and come with their own complicated tax rules and implications. Furthermore, annuities are only as good as the companies that issue them. If you buy an annuity and the insurance company behind it goes under, your so-called guaranteed income stream disappears.

But if there's one aspect of annuities that really drags their name through the mud, it's none other than fees. And that's something you need to be aware of before you buy.

What will your annuity cost you?

Let's be clear: Most investments come with fees in some shape or form. But annuities take that concept to a whole new level.

First of all, annuities are frequently (though not always) sold by pushy sales reps who land huge commissions for getting you to buy them. Those commissions can easily hit the 10% mark, and they're often built into the annuity's operating costs, which means that charge is passed along to you, the buyer.

Speaking of operating costs, it's not unheard of for annuities, particularly variable ones, to charge 3% to 4% in annual fees. Actively managed mutual funds, by contrast, might charge as little as half that amount. Granted, you're not getting guaranteed income for life with a mutual fund, but it's something to consider nonetheless.

Another thing to know about annuities is that they typically come with surrender charges, which means that if you attempt to back out of your contract, you'll be hit with a hefty fee there as well. That fee can be as high as 7% during the first year of your annuity, though it'll typically decline by about 1% annually during your surrender period until it goes away completely. That said, some annuities allow you to withdraw a small portion of your account value each year without facing a surrender charge, but that depends on the specifics of your contract.

So are all of those fees worth the guaranteed income? Part of it depends on how long you end up living. If you pass away sooner than expected, you may not end up recouping those fees, or your initial investment, for that matter.

Despite their complexities and sizable fees, annuities can be a smart choice under some circumstances because unlike your IRA or 401(k), they essentially guarantee income for life, provided you pick the right insurer. That said, it generally pays to max out your retirement plan contributions before buying an annuity. But if you're sitting on extra cash and don't want to bear the risk of investing it on a long-term basis, an annuity might work out in your favor.

The same holds true if your health is fantastic and you have a strong family history of longevity. That's because the longer you live, the greater your chances of getting the most out of your annuity.

On the other hand, if you can't wrap your head around annuities enough to understand how they work, you may be better off putting your money elsewhere. Remember, annuities technically aren't risk-free, and if the idea of buying one doesn't sit well with you, that's reason enough to explore alternatives for establishing an income stream for life.