Please ensure Javascript is enabled for purposes of website accessibility
Log In Help Join The Motley Fool
Free Article Join Over 1 Million Premium Members And Get More In-Depth Stock Guidance and Research
By Maurie Backman - May 20, 2018 at 9:55AM

It's not a small number, but it's attainable nonetheless.

Most Americans today live paycheck to paycheck, with 57% of workers having less than $1,000 in the bank. It's no wonder, then, that so many people consider themselves financially insecure.

But there's a surprisingly large gap between what Americans have in savings and what they say they need to feel good about their finances. In a recent Charles Schwab study, Americans landed on $1.4 million as the magic number that would allow them to feel financially comfortable. And that's a far cry from what the average U.S. household has today, even when we factor retirement savings into the mix. 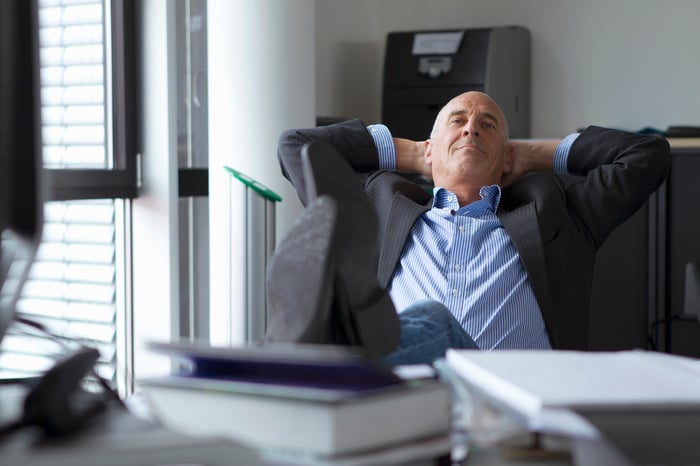 Still, that doesn't mean that figure isn't attainable. Quite the contrary -- amassing $1.4 million over a lifetime is doable even if you're not earning a six-figure salary. You just need to be willing to start early, invest wisely, and make some smart lifestyle choices along the way.

It's true: $1.4 million is a lot of money, but if you give yourself multiple decades to get there, you have a strong chance of meeting that goal. How? For starters, you'll need to save money consistently, and that means doing the opposite of what most Americans do: living below your means rather than maxing out each paycheck.

If you're currently following a budget, take a look at your present expenses and figure out which you can cut without drastically impacting your quality of life. (And if you don't already have a budget, create one, and then do the same.) Maybe you're the type of person who loves hosting parties at home, in which case downsizing to a smaller property might affect you negatively. But if that's the case, cut back on restaurant meals and leisure spending instead. On the flipside, if you're an avid traveler who doesn't spend much time at home, keep taking those trips, but rent the cheapest apartment possible. It's all about making choices, but if you choose not to spend each paycheck in its entirety, but rather, save a portion, you can build wealth over time.

The next part of the picture has to do with investing. If you put your money in growth vehicles like stocks, you'll likely see a decent return over time. Play it too safe, however, and you'll have a harder time accumulating wealth quickly.

As a basic example, imagine you're able to save $300 a month over a 30-year period. Put that money in stocks, and you'll likely score an average annual 7% return (that's actually below the market's average), which will leave you with $340,000. Stick with more conservative investments, like bonds, and you might see just a 3% return over time instead, leaving you with a less impressive $171,000.

So let's circle back to that $1.4 million. If you save money each month rather than blow your paychecks and invest heavily in stocks, is that figure attainable? The following table will give you your answer:

As you can see, if you give yourself a long enough savings window, you can reach that $1.4 million threshold and then some by setting aside $600 a month. And if you're older but are willing to ramp up your savings rate, you can achieve that goal as well. For example, if you're 40 years old with only three more decades until retirement, you won't get to $1.4 million by saving $600 a month -- but if you manage to set aside $1,250 a month, which is still less than maxing out a 401(k), you'll hit that target.

Even if you don't manage to amass $1.4 million, saving half that much will get you much closer to financial security than having little to no money in the bank. So no matter where you are in life, aim to consistently sock away as much as you can from this point on. With any luck, it'll buy you the peace of mind that comes with knowing you have a pile of wealth to tap as needed.