Please ensure Javascript is enabled for purposes of website accessibility
Log In Help Join The Motley Fool
Free Article Join Over 1 Million Premium Members And Get More In-Depth Stock Guidance and Research
By Maurie Backman - Updated May 22, 2018 at 3:32PM

Money is often a sore subject among women, especially since females are still overwhelmingly underpaid compared to their similarly qualified male counterparts. And when it comes to managing investments and long-term planning, many women lack confidence in their ability to get the job done. It's no wonder, then, that 61% would rather discuss their own death than delve into money matters with associates and friends, as per a recent report by Merrill Lynch and Age Wave.

Still, it pays for women to be more open about their financial needs and concerns, especially when it comes to retirement. That's because females generally live longer than men, and as such, they are more likely to be in a position where they're required to manage their families' wealth on their own. And the sooner they get the skills and confidence they need to pull that off, the more secure about money they'll feel. 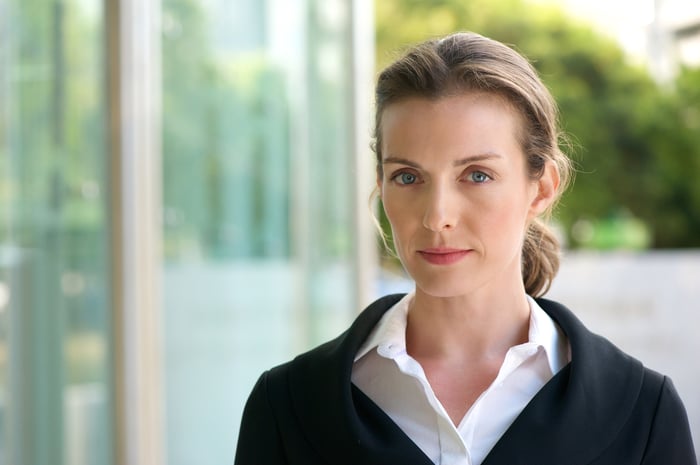 Why women worry about money

Though near-term financial concerns are no doubt a problem for women, the real sense of worry tends to kick in when retirement comes into play. That's because women tend to outlive their male counterparts, and therefore generally need more money to fund their senior living expenses. At the same time, women typically earn less than men, so even though they're equally likely to participate in retirement plans, lower wages coupled with career breaks to raise children or care for family members put them at a glaring disadvantage.

In fact, the average woman will spend $194,000 more than the typical male on healthcare in retirement alone, due largely in part to the fact that many women outlive their spouses and therefore need to rely on long-term care in their later years. And that's a gap many women would rather gloss over than openly address.

Still, if your goal is to retire in a place of financial security, you'll need to get comfortable with the idea of talking money and getting a handle on your finances. Otherwise, you risk struggling financially at the worst possible time in life.

Talking about the future -- and planning for it

If you're worried about the future and feel ill-equipped to manage your own investments, it's time to find a financial advisor you can trust. The best way to go about this is to solicit recommendations from family members, neighbors, colleagues, and friends, because chances are, if someone you know has had a good experience working with a professional, the same will hold true for you. Of course, to get that information, you'll need to be willing to share the fact that you're looking for help with your long-term financial planning -- but you can probably get away with keeping the details to a minimum.

From there, it's really a matter of getting a good feel for the person you're working with. A trustworthy advisor is one who will talk openly about things such as fees (they all charge them), risk, and obstacles to meeting your long-term goals. Once you find the right person, you can set up your investments appropriately so they're better positioned for growth without exposing you to undue risk.

At the same time, you'd be wise to ramp up your retirement savings while you can. If you're under 50, you can contribute up to $18,500 a year to a 401(k) and $6,500 a year to an IRA. Of course, most workers can't hit these limits, but if you aim to do just a bit better than you've done in years past, it'll make a difference over time. Case in point: Saving an additional $100 a month over a 20-year timeframe will boost your nest egg by almost $50,000, assuming your investments are able to generate an average annual 7% return during that time. And in case you're wondering, that's more than doable with a stock-heavy portfolio, as a good advisor will tell you.

Finally, read up on healthcare costs in retirement, and look into long-term care insurance, either independently or with the help of your advisor. The younger you are, the more likely you are to not only get approved, but snag a health-based discount on your premiums. That policy could then help defray a large chunk of the costs you might incur later in life, when you're at your most physically and financially vulnerable.

Though money is hardly a comfortable thing to talk about out loud, if you're concerned about your future, it's imperative that you discuss it with the right people. With any luck, doing so will help put your mind at ease while giving you a solid plan of attack to secure a comfortable retirement.